University of York academics have contributed to a House of Commons report calling for video game loot boxes to be regulated under gambling law and for their sale to children to be banned. 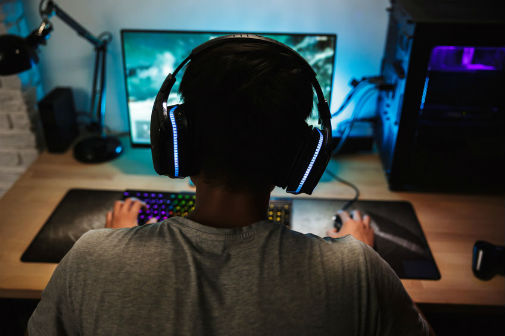 The report urges games companies to accept responsibility for disordered gaming and protect their players from potential harms.

The research, which used data from over 7,000 international participants from the online gaming community, suggested problem gambling is more closely linked to loot box spending than to well-known risk factors like alcohol dependency and major drug problems.

Further large-scale studies led by Dr Zendle replicated this effect multiple times. Including a study (conducted with Dr Harriet Over from University of York’s Department of Psychology) which found that loot box spending and problem gambling were linked in adolescents.

This research suggested that loot boxes may be acting as a “gateway” to problem gambling among gamers. Alternatively, due to key similarities between loot boxes and other forms of gambling, they may be providing another outlet for individuals who are already problem gamblers to engage in harmful and excessive gambling-related behaviour.

In a wide ranging report, the House of Common’s Digital Media and Sport Committee on Immersive and Addictive Technologies has now urged games companies to accept responsibility for disordered gaming, protect their players from potential harms due to excessive play-time and spending, and (along with social media companies) introduce more effective age verification tools for users.

Dr David Zendle, who gave evidence to the committee, said: “This report represents an important shift in how games are regulated. The continued endorsement of potentially exploitative business practices by games industry representatives mean that effective self-regulation now appears no longer possible.

“The report sends a clear message to the industry: change your practices immediately or be prepared to have them changed for you. Further regulation is inevitable unless games companies radically change their strategy and indicate that they take game-related harm issues seriously by co-operating with independent researchers. I call on video game companies to do this.”

The conclusions of the report include:

• Sale of loot boxes to children should be banned

• Government should regulate ‘loot boxes’ under the 2005 Gambling Act

Loot boxes are increasingly common in recent years and are available in highly popular games with around 40 million players worldwide each.

Players can opt to transfer real money into the boxes in the hope of winning a useful virtual item from a randomised selection. Prizes can range from upgrades to their avatar or character, to advantageous equipment such as weapons or armour. The total revenue generated by loot boxes last year may be as high as $30 billion.

DCMS Committee Chair Damian Collins MP said: “Social media platforms and online games makers are locked in a relentless battle to capture ever more of people’s attention, time and money. Their business models are built on this, but it’s time for them to be more responsible in dealing with the harms these technologies can cause for some users.

“Loot boxes are particularly lucrative for games companies but come at a high cost, particularly for problem gamblers, while exposing children to potential harm. Buying a loot box is playing a game of chance and it is high time the gambling laws caught up. We challenge the Government to explain why loot boxes should be exempt from the Gambling Act.”