On the right track: York researchers develop AI technology to revolutionise the future of railway inspections

Technology developed by researchers from the University of York to spot faults in train lines is set to save an estimated £10 million per year in railway maintenance costs. 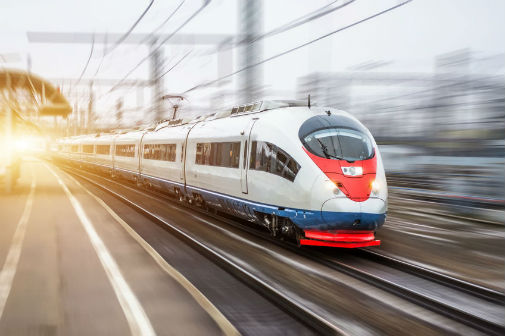 The automated technology is set to provide a quicker, more efficient and safer alternative to what is currently a manual track inspection process.

A partnership with Omnicom (Balfour Beatty) and Innovate UK, has resulted in a new Artificial Intelligence computer software, which has been developed to digitalise and advance the way in which railway line inspections are carried out.

The technology utilises machine vision, which captures high definition images of the rail track to generate data. The data is then transferred to a system that analyses it to highlight key components of the track that require inspection.

In addition, the technology can also help to identify where faults may occur, allowing preventative fixes to be implemented as opposed to urgent repairs after an issue arises.

The automated technology, which is currently being progressed from proof of concept into a commercial grade software, is set to provide a quicker, more efficient and safer alternative to what is currently a manual track inspection process.

By automating the inspection process, the health and safety of workers will improve by minimising their exposure to live track environments as well as reducing time taken to complete a manual inspection.

Lead researcher on the project, Professor Richard Wilson, from the Department of Computer Science, said: “These machine vision technologies for high speed rail inspection will improve the reliability of the railway network, reduce costs and increase the safety of manual inspection. The computer vision and machine learning technologies provide automated inspection of complex assets such as junctions and crossings”.

Stephen Tait, Head of Operations for Omnicom Balfour Beatty and Project Lead, said: “We are developing digital technologies that are rapidly changing our industry; from ‘predict and prevent’ technology and advanced digital surveying techniques through to data science. All our solutions are underpinned by a long legacy of design and construction expertise.”

Ian Blakemore, Knowledge Transfer Adviser for Innovate UK, said: “This project has significantly improved the potential to automate rail inspection to an accuracy that will significantly improve the productivity of the whole checking process - something which is critical to the operation of the rail network.

“The partnership between the University of York and Omnicom Balfour Beatty flourished as a result of the discoveries and innovation that the close working delivered, adding real value to the business.”

This partnership received financial support from the Knowledge Transfer Partnerships (KTP) programme. Funded by UK Research and Innovation through Innovate UK, KTP is part of the government’s Industrial Strategy.