The numbers of missed hospital outpatient appointments increases following the clock change in the spring, researchers have shown. 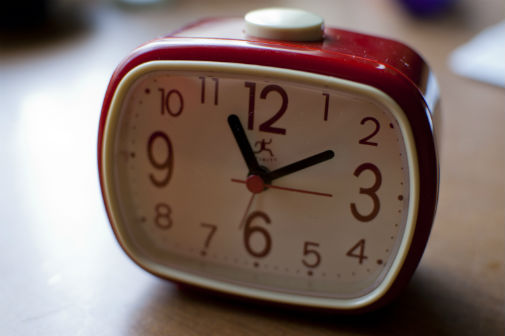 In a study, led by the University of York and Lancaster University, researchers revealed that patients are five per cent more likely to miss an appointment in the week after the clocks go forward compared with the previous week.

Psychologists analysed over two million appointments in Scotland from 2005 to 2010 before, during and after the spring and autumn clock changes.

Researchers found that the rate of missed appointments increases significantly after the clocks go forward an hour. The next change occurs on 25 March 2018.

NHS figures show that there were eight million missed appointments in 2016/17.

Each hospital outpatient appointment costs £120, so missed appointments represent a significant financial issue for the NHS and have a negative impact on patient care.

Dr Rob Jenkins, from the University of York’s Department of Psychology, said: “The increase in missed appointments following the spring clock change might be due to people losing an hour of sleep and having worse sleep quality.

The research also showed that the effect wears off after a week.

Dr David Ellis, from the Lancaster University, said: “Missed appointments represent a significant financial issue for healthcare systems and have an adverse impact on patient care.

“Even small reductions in missed appointments could have a large impact on reducing these costs along with the health risks to patients.”

The research was conducted by Dr Rob Jenkins, Department of Psychology, in collaboration with Lancaster University.  The research is published in Chronobiology International