New research by York Health Economics Consortium (YHEC) has found that scrapping prescription charges for people with two long-term conditions could save the NHS in England over £20 million per year. 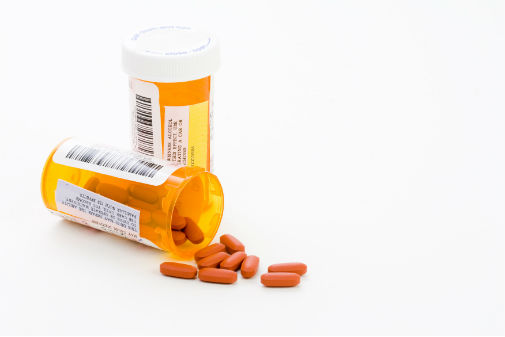 For working-age people with Inflammatory Bowel Disease and Parkinson’s Disease who are not exempt from paying prescription charges, around a third don’t pick up or take their medication properly due to the cost. This can then lead to deterioration in their health causing them to use more NHS resources.

The economic analysis by York Health Economics Consortium at the University of York, shows that any loss in prescription revenue from removing charges would be more than offset by savings to the NHS in England - totaling £20.8m per year for Inflammatory Bowel Disease and Parkinson’s Disease alone.

The money would be saved by significantly reducing the health complications for these conditions resulting from people not taking their medicine due to the cost of prescriptions.  Reductions in NHS resources would be seen in hospital admissions, inpatient days, A&E visits, and treatments for colorectal cancer and GP appointments.

Nick Hex, Associate Director at York Health Economics Consortium said:“Our analysis clearly shows that there is potential for overall cost savings to the NHS, through the avoidance of complications associated with non-adherence to drug regimes, if people of working age with Inflammatory Bowel Disease and Parkinson’s Disease were exempt from prescription charges.  This would also improve the quality of life for patients who may not adhere to their drugs for cost reasons.”

The Coalition’s Still Paying the Price report found that one in three people with over 40 different long-term conditions who pay for their prescriptions have not collected a prescription due to the cost.  This has a significant impact on medicine adherence, self-management, and quality of life and health outcomes.

The research comes as the Prescription Charge Exemption criteria, first introduced in 1968, will be 50 years old in June 2018, but has changed little despite huge strides in technology and medicine management.

The research by York Health Economics Consortium found that the savings that would be achieved by scrapping charges for each patient with a long-term condition would be substantial. This amounted to £180 per person with Inflammatory Bowel Disease per year and £93 per person with Parkinson’s per year. The £20million that would be saved from just scrapping fees for two conditions may amount to the hundreds of millions if similar results were found for all those with a long term condition.

Jackie Glatter, Health Services Development Manager at Crohn’s and Colitis UK, who Co-Chairs the Prescription Charges Coalition said: “This research is really groundbreaking as it demonstrates for the first time using sound economic modelling, something we have known for a long time, that prescription charges are a false economy to the NHS and cost more in the long term.

“The Government have freely admitted that the current prescription exemption criteria is outdated and arbitrary, now we have proven it’s also costly as well. It’s time the Government undertook fundamental reform of the current prescription regime to deliver both value for money for the tax payer and ensure those with long term conditions can freely get the medicines they need to maintain their quality of life.”

The research by York Health Economics Consortium is in partnership with Crohn’s and Colitis UK and Parkinson’s UK and published here: