Scientists at the University of York have developed a new technique that uses light to understand how cells communicate in human disease. 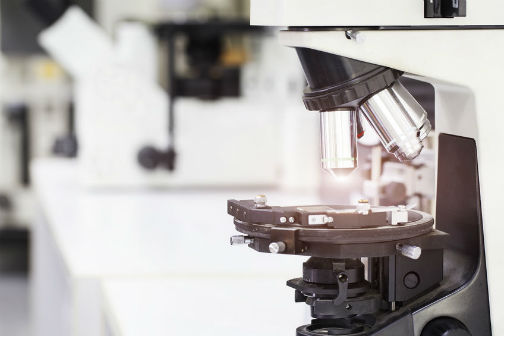 All cells in the human body communicate with each other by releasing signalling molecules; this helps to ensure that tissues function normally, that the immune system is able to respond to infection, and that cell division and survival are regulated to prevent cells mutating, such as in cancer.

The new technique uses a sensor device that makes a light go back and forth on the surface of the sensor; the oscillating light helps detect and quantify the secretion of signalling molecules from individual cells to see how the cell’s behaviour changes over time.

Dr José Juan-Colás, from the University of York’s Department of Physics and Electronic Engineering, said: “Currently scientists have to look at thousands or even millions of cells in one mass to understand how they communicate, but in order to detect any malfunctions, experts have to be able to see what is going on at the individual cell level.

“This is what we set out to do using a light-based technology to get at what is happening in each cell simultaneously.”

Now that scientists can see critical changes at the individual cell level, it becomes easier to detect the onset of disease such as cancer, or the development of blood clots for example, where early detection is necessary to improve survival rates.

Professor Ian Hitchcock, from the University of York’s Department Biology, said: “Many diseases start with a mutation in a single cell, but existing tests are limited at being able to drill down to this level.

“By investigating these mutations in a single cell, using this new technique, we can start to look at answering important questions as to how changes at the single cell level lead to disease in an entire tissue; and, critically, what we can do to prevent it.”

The new technique can already be used on live human cells and the team are now working on developing the technology further towards clinical applications.

Professor Thomas Krauss, from the University of York’s Department of Physics, said: “We are now a step-closer to understanding how cells and their signalling molecules work to regulate human disease.

“The long-term aim is to develop this technique for use in clinical settings to diagnose disease earlier and potentially to help drug development companies avoid unnecessary adverse drug reactions.”

The research, supported by the UK Medical Research Council (MRC) and the Engineering and Physical Sciences Research council (EPSRC), is published in the Proceedings of the National Academy of Sciences (PNAS).