Scientists at the University of York have found a way to remove antibiotic resistant genes from industrial compost, which could prevent them entering the food chain. 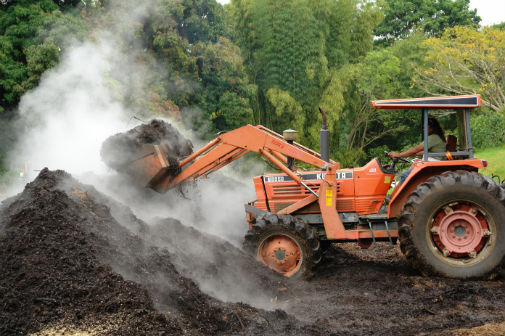 At an industrial scale, compost, such as manure, is produced by mixing plant and animal waste.  Manure, however, is likely to contain antibiotic resistant genes if animals have been treated with antibiotics during their lifetime.

While antibiotic resistance genes are not harmful in themselves, they limit the use of antibiotics for treating bacterial infections and pose a serious threat to global public health if they get transmitted to humans from environmental sources, such as compost.

Scientists at York, in partnership with Fujian Agriculture and Forestry University, China, have now shown that using a method called hyperthermophilic composting, an industrial scale process that heats the compost mixture from within to a temperature of 90°C, antibiotic resistant-carrying bacteria can be killed.

Dr Ville Friman, from the University of York’s Department of Biology, said: “In modern animal husbandry, animals are reared in high density to maximize food production. However, in these circumstances diseases can spread very easily.  To contain epidemics, antibiotics are used, which can then give rise to antibiotic resistance-carrying bacteria in the gut of the animals.

“Antibiotic resistance genes are then transferred to the faeces of the animal, which is later used as manure in compost that is spread on fields to fertilize crops. Anitibiotic resistance is a significant global health issue, so we need to find ways of reducing the likelihood of these genes entering the food chain.”

Dr Friman said: “Developing safer ways to manufacture organic fertilisers can reduce our dependence of traditional chemical fertilisers, whilst at the same time ensuring that they do not impact on human health by enriching antibiotic resistance genes in agricultural environments.”

Hyperthermophilic composting is a process that is similar in cost to traditional composting methods and has proved to work successfully with large compost volumes, making it a feasible approach at an industrial scale in the near future.

The research is published in the journal Environmental Science and Technology.