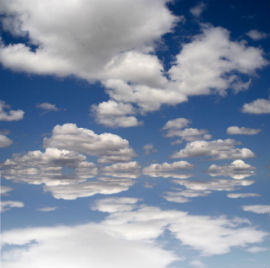 Dr Kevin Cowtan, a computational scientist, carried out a new analysis of the data following suggestions that it was unreliable and that the rate of global warming was exaggerated as a result.

Previous research by Dr Cowtan helped to address a claim that global warming had "paused" and clarified the level of agreement between climate models and observations.

In the new study, he sets out to reproduce the science behind the calibration of old temperature records, known as "homogenization".  Dr Cowtan presents not only the results but also a step-by-step description of the methods he has employed to test the data. He concludes that the science is sound, and suggests that it is straightforward enough for many amateur computational scientists to reproduce.

Dr Cowtan, of the York Structural Biology Laboratory in the University’s Department of Chemistry, says: "It's a fun problem.  And it's simple enough that a citizen scientist with only modest computational skills can take it on.”

The report includes a range of tests for bias in the calibration process which supported the original results. Dr Cowtan goes further, however, and demonstrates how it is possible to write a rudimentary temperature homogenization program from scratch.  He shows that the increase in warming in the calibrated data is attributable to the data itself rather than the software.

"Reproducibility is key to science.  I've shown what can be done, but I could only take it so far.  I'm hoping that others will not only reproduce what I have done, but build on it," he adds