A physicist at the University of York has devised a new method that can realistically predict the behaviour of electric currents as they pass through materials. 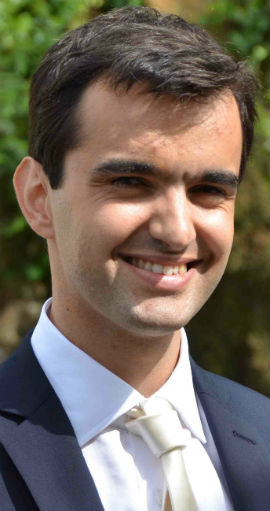 Until now scientists believed that in two-dimensional materials electrons always “localised” - in other words suddenly stopped as they scatter from impurities in the crystal structure.

Now research, led by Dr Aires Ferreira from the University’s Department of Physics, has shown that in a certain type of graphene “electron localisation” can be overcome.

Graphene is a single layer of carbon atoms arranged in a honeycomb-shaped lattice and is extremely strong. It is considered a super material and scientists worldwide are researching whether it could be used in advanced circuitry and other electronic devices.

Dr Ferreira said the new method, which is able to assess the impact of billions of atoms for the first time, could help pave the way for faster, more efficient devices.

He said: “It is a game changer and has implications beyond physics. This new method could be beneficial in designing new materials, tailoring them for applications in ‘greener’ computing devices".

“Since it can be applied to study the electrical response of real-size crystal structures, it can help scientists tailor materials for faster and more efficient processing of information in the future.”

“Although we don’t know what materials will be used in next-generation devices we now have a method capable of simulating what will happen to electric signals in complex materials.”

He added: “If we can predict how currents propagate we can build better circuitry and faster processors; it could revolutionise computers.”

The research, funded by the Royal Society, involved collaboration with Professor Eduardo Mucciolo from the University of Central Florida and has been published in Physical Review Letters.