PhD in English and Applied Linguistics

My work centres on understanding how people comprehend, speak and learn new languages. I conduct experimental and correlational research, combining motivations and methods from the fields of linguistics, psychology and education. Ultimately, I’m interested in how we can promote language learning through school and beyond. I am a former president of the European Second Language Association.

I am happy to talk to anyone about the topics covered on this page. And I am always interested to recruit well qualified PhD students to these areas.

I study the cognitive mechanisms by which second languages are produced in speech and writing or understood in listening and reading. In particular, I am interested in how languages differ (cross-linguistic differences), and how one’s lifelong experience of speaking a language with particular grammatical, lexical or phonological properties influence the processing and learning of another language with different properties (cross-linguistic influences, L1 transfer, structural competition between L1 and L2). I also study how the linguistic properties of the languages we speak influence our perception and thinking (linguistic relativity, bilingual cognition).

I also have a research interest in listening comprehension, primarily in relation to the development of second language segmentation abilities (ie being able to say where one word ends and the next begins in continuous speech). I study the role of simultaneous presentation of text and sound in the target language, as in teletext subtitles, for the development of this ability.

View all of our current available PhD research projects.

Thomas Scott, MA by research 2009, ‘The effect of word connotations in assignments on the markers’ mood and grading’

Tendai Charles, PhD 2017, ‘The role of captioned video in developing speech segmentation for learners of English as a second language’

Jelena O'Reilly, PhdD, 2018, 'Processing and production of unique and non-unique-to-L2 syntactic structures: The case of English articles and tense-aspect'

Haoruo Zhang, PhD 2019, 'From No, she does to Yes, she does: On the conceptual changes in the processing of negative yes-no questions by Chinese-English bilinguals'

The Kenneth E. Naylor Prize for the Best Young Scholar in South Slavic and Balkan Linguistics. The prize was awarded for the paper ‘Definiteness as a grammatical category and as a category of meaning in Serbian/Croatian/Bosnian’. The international competition was administered by Ohio State University (2002)

The Times: Are you too old to learn a new language?

BBC Future: What is the best age to learn a langauge?

The Guardian: Language learning: What motivates us? 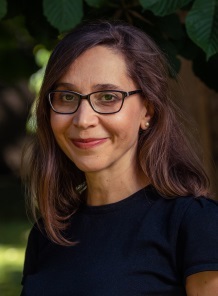