A new 'OPEC' for a greener future

A chemist at the University of York will today announce a new project aimed at producing valuable biomass-derived chemicals, materials and fuels from waste orange. 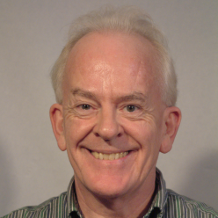 Professor James Clark, of the Green Chemistry Centre of Excellence in the University’s Department of Chemistry, said the project will examine ways of extracting value from orange peel using safe and sustainable chemistry.

Waste orange peel is an excellent example of a wasted resource. In Brazil, the world’s largest producer of orange juice, half the orange fruit is left as waste once the juice has been recovered. This corresponds to three million tonnes a year of orange peel that can be used to produce chemicals, materials and fuels

Professor Clark will make the announcement in a special presentation sponsored by the Ellen MacArthur Foundation at the British Science Festival at the University of Bradford on 14 September.

OPEC will target products including bio-ethanol, the widely used additive in domestic products d-limonene, and mesoporous carbons that can be used as water purifiers, as well as chemical commodities such as cresol, all of which have the advantage of being bio-derived.

Professor Clark says: “The by-product of the juicing industry therefore has the potential to provide a range of compounds, offering a more profitable and environmentally valuable alternative to current waste use practices. We are seeking to do this by harnessing the chemical potential of food supply chain waste using green chemical technologies and use nature’s own functionalities to obtain sought-after properties in everyday products.

“Waste is a problem worldwide. Food residues and by-products are being generated in very significant quantities by the food industry and the agricultural sector. Though they are sometimes used in low-value applications, they are often landfilled, which is economically and socially unacceptable as well as representing a major loss of resource.

“The increasing demand for renewable feedstocks is encouraging the re-use of organic waste from the food supply chain for the production of novel added-value materials, chemicals and fuels.”