An international research team, led by Professor Marek Brzozowski in the Department of Chemistry, has fully characterised the insulin binding protein from the fruit fly. This provides new insight into human physiology and potential new routes to interfere with insect-transmitted diseases such as malaria and yellow fever. 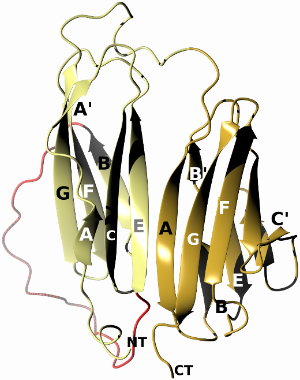 The insulin binding protein helps to control animal physiology, including both insects and humans, and the pathways of insulin-based hormonal signalling pathways are highly conserved between species. As such, fully understanding a key component in this pathway, the insulin binding protein, is of vital relevance in both insect and human physiology.

The availability of insulin growth factors (IGFs) is controlled by both IGF-Binding Proteins and Insulin Binding Proteins (IBPs). Importantly, in the new work, Professor Brzozowski and his research team have demonstrated that these two groups of proteins are very different. The newly characterised insulin binding proteins therefore represent a new strategy to regulate the bioavailability of insulin-like hormones.

The researchers, based here in York, as well as at companies and universities in Denmark, Australia and Belgium, showed that insulin binding proteins bind both human insulin and insulin growth factors with high affinities, and deciphered in detail the 3D structures of such complexes.

Understanding these proteins may help shed light on insulin-dependent process of human neurodegeneration and ageing. These fruit fly-like IBPs are also present in insects involved in transmitting diseases, such as malaria, dengue and yellow fever, and the findings of this research will therefore help suggest new ways to interfere with these insect-transmitted diseases, and may open up new possibilities for therapies.

‘We believe that the impact of  our results will result from interests of many different research groups working towards better and more ethical animal models of human neurodegeneration, metabolic disorders and aging, and will open new venues for tackling insect-transmitted diseases. We already initiated some work here in York with current collaborators and colleagues from the Department of Biology.’

This research is published in Nature Communications.