Groundbreaking research taking place at the University of York could lead to Alzheimer’s disease being diagnosed in minutes using a simple brain scan. 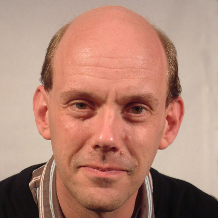 Chemists are working on new technology that could revolutionise the way in which Magnetic Resonance Imaging (MRI) scans are used to view the molecular events behind diseases like Alzheimer’s, without invasive procedure, by increasing the sensitivity of an average hospital scanner by 200,000 times.

The technology underpinning this project, SABRE (Signal Amplification by Reversible Exchange), has received a £3.6m Strategic Award from the Wellcome Trust to fund a team of seven post-doctoral researchers from this month.

The new grant brings the total support for SABRE from the Wellcome Trust, the Wolfson Foundation, Bruker Biospin, the University of York and the Engineering and Physical Sciences Research Council (EPSRC) to over £12.5m in the last three years.

A new Centre for Hyperpolarisation in Magnetic Resonance (CHyM) is being purpose-built at York to house the project. The building, which is nearing completion at York Science Park, includes a chemical laboratory, four high field nuclear magnetic resonance systems and space for 30 research scientists.

The SABRE project is led by Professor Simon Duckett, from the Department of Chemistry at York, Professor Gary Green, from the York Neuroimaging Centre (YNiC) and Professor Hugh Perry, from the Centre for Biological Sciences, University of Southampton.

Professor Duckett said: “While MRI has completely changed modern healthcare, its value is greatly limited by its low sensitivity. As well as tailoring treatments more accurately to the needs of individual patients, our hope is that in the future doctors will be able to accurately make diagnoses that currently take days, weeks and sometimes months, in just minutes.”

Professor Green added: “SABRE has the potential to revolutionise clinical MRI and related MR methods by providing a huge improvement in the sensitivity of scanners. This will ultimately produce a step change in the use and type of information available to scientists and clinicians through MRI, allowing the diagnosis, treatment and clinical monitoring of diverse neurodegenerative diseases.”

The Centre for Hyperpolarisation in Magnetic Resonance will be officially opened by Sir William Castell, Chairman of the Wellcome Trust, in September 2013.

The Centre brings together scientists from a range of backgrounds including Chemistry, Psychology, Biology and the Hull York Medical School. Recent appointments include British neuroscientist Professor Miles Whittington and Dr Heidi Baseler, a lecturer in specialist medical imaging from the USA. Professor Jüergen Hennig of the University Hospital Freiburg, one of the world’s leading experts in the medical application of MRI technology, is also associated with the Centre.

Hyperpolarisation involves the transfer of magnetism from parahydrogen to molecules making them more visible in MRI scans. The Centre’s SABRE programme will develop the chemical basis of this method to make it suitable for medical applications.