Dr Isabel Saez has been awarded the Cyril Hilsum Medal of the British Liquid Crystal Society. 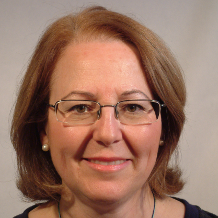 The award recognises her work on the synthesis and characterisation of supra- and super-molecular liquid crystals, in particular her research into derivatives of silsesquioxanes, Buckminster fullerenes, and nano-gold particles.

The Cyril Hilsum Medal recognises research excellence in liquid crystals for a scientist, of any discipline, in mid-career. Professor Cyril Hilsum FRS, CBE is the former President of the Institute of Physics and was the driving force behind the development and use of thin film transistors (TFTs) in modern display devices.