From surgery to laboratory and back again

A University of York chemist’s experience in seeing his partner in hospital recovering from a double lung transplant prompted him to design and synthesise new chemical agents that could revolutionise post-operative patient care. 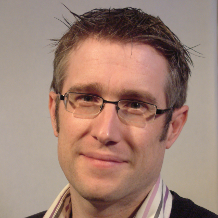 Professor Dave Smith, of the University’s Department of Chemistry, led an international team which developed the agents that bind and potentially remove the anti-coagulant heparin.

Professor Smith says: ‘I was sitting at my husband Sam’s bedside while he recovered from a double lung transplant when the idea first came to me.  I spent a long time talking to surgeons about all the drugs they used, and some of the problems they caused, and as I sat there, looking at all the tubes, I realised that perhaps my research team could help.”‌‌

One of the drugs used during major surgery is heparin which helps to prevent the blood from clotting.  Once the patient is in recovery, however, the surgeons want clotting to resume to aid the healing process.  To do this they use a ‘heparin rescue agent’, called protamine, to remove heparin from the patient’s bloodstream.  But in some cases, this can cause side effects such as patients going into anaphylactic shock. As a result, doctors must use protamine cautiously, which can lead to inefficient clotting. “I realised that my research group had developed expertise which could lead to chemical agents to bind, and perhaps remove the heparin.  These chemical agents can be carefully designed to minimise side effects and so improve patient care,” Professor Smith says. 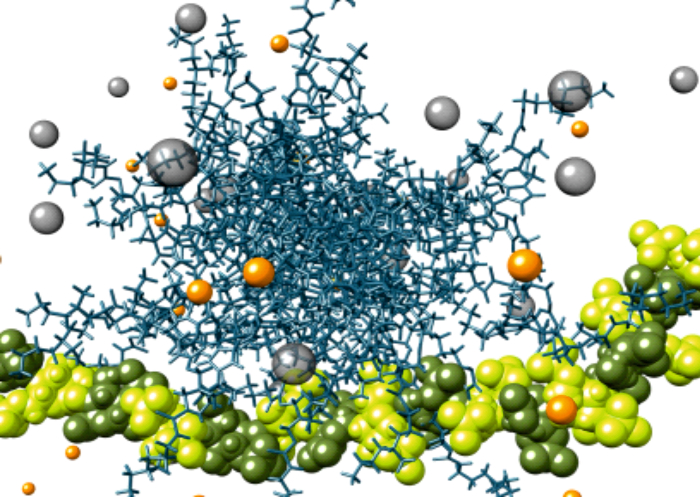 He designs small drug-like molecules, which assemble spontaneously into larger nanostructures in order to bind the heparin using multivalent (many-bonds) interactions.  In the latest research, published in Chemical Science, Professor Smith and his team, which includes researchers from University of Liverpool, University of Trieste, and Freie Universität Berlin demonstrate that this approach works in vitro in human plasma, reversing the effect of heparin and allowing clotting to begin.

Importantly, the system is biodegradable unless bound to heparin, with the molecules slowly breaking down, leading to nanostructure disassembly and inactivation.  This means that, in principle, plenty of this compound could be used, because any excess will be less likely to cause side effects. 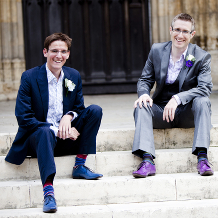 Professor Smith adds: “This could revolutionise the way in which surgeons reverse the effects of heparin once surgery is complete. I call this ‘self-assembled multivalent’ approach to medicine as ‘SAMul’ nanomedicine – in honour of Sam who gave me the initial inspiration.”

The next stages of the research will involve further optimisation of the agents to maximise their binding and further minimise their toxicity prior to in vivo testing and eventual clinical trials.