The Department of Chemistry has celebrated the 250th anniversary of the birth of Selby scientist Smithson Tennant with a series of public events. 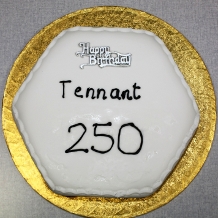 The North Yorkshire scientist’s legacy to science was celebrated with two major public lectures organised by the University’s Department of Chemistry and David Lewis, a Selby historian and former York chemist. The celebrations took place as part of the International Year of Chemistry and were designed to mark Smithson Tennant’s birth on 30 November 1761.

The first event featured a presentation by Martyn Poliakoff, a Research Professor in Chemistry at the University of Nottingham. The lead scientist and anchor man behind the Periodic Table of Videos, Professor Poliakoff is prominent in the Green Chemistry movement and was recently elected Foreign Secretary of the Royal Society.

Professor Poliakoff won this year’s Royal Society of Chemistry’s Nyholm Prize for Education and has produced a YouTube video about Smithson Tennant. 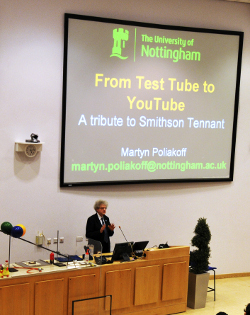 As well as Professor Poliakoff’s lecture, From test tube to YouTube, the event at the National Science Learning Centre featured a presentation, The Brilliance of Chemistry, by Professor Paul Walton from the University of York.

The celebration was attended by 240 members of the public including local school children and Selby Civic Society. The event also featured an exhibition including stands from the sponsors: Johnson Matthey Catalysts, BP Plc, the Royal Society of Chemistry (Dalton Division and Central Yorkshire Section) and the University of York, as well as a display on the life of Smithson Tennant by David Lewis.

Professor Robin Perutz, from the University of York’s Department of Chemistry, said: “Smithson Tennant was a very eminent local scientist whose discoveries continue to be of great importance today. The idea of the event, Smithson Tennant then and now, was to generate enthusiasm for studying science and local history, and also to raise awareness of the importance of these rare elements in modern science and society.” 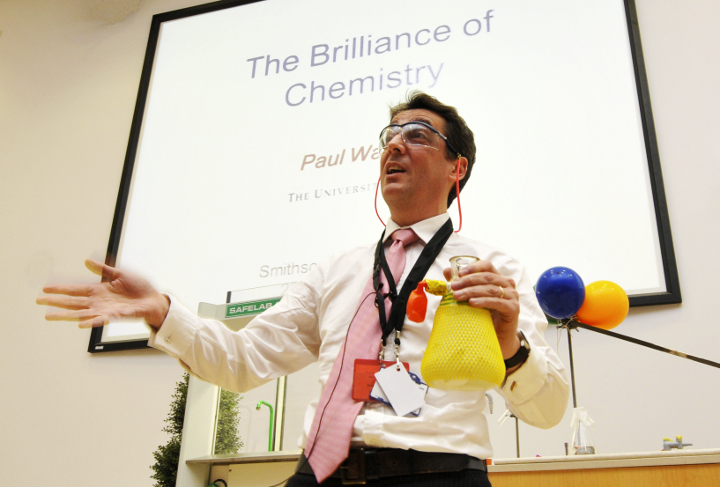 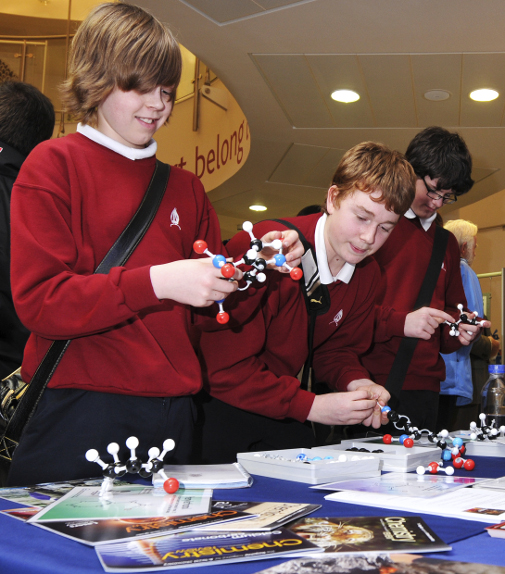 A second event, a scientific symposium, was held at York’s Department of Chemistry and featured lectures on topics related to Smithson Tennant’s discoveries and their relevance to today’s science and products. 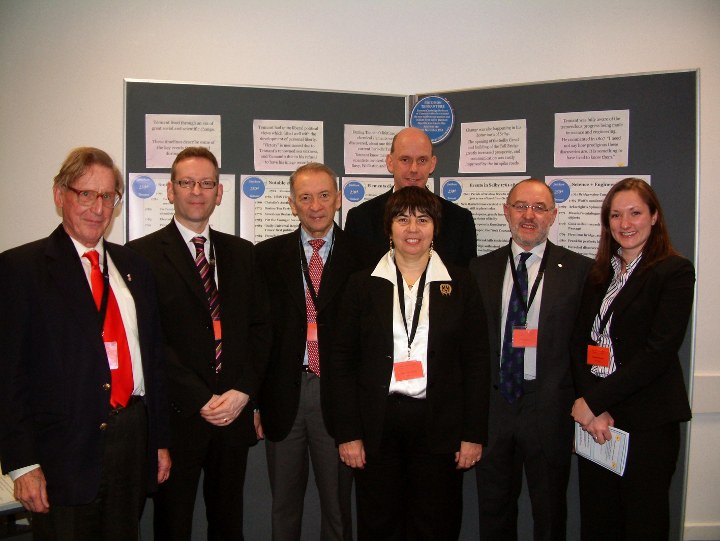