Mastering the structural chemistry of a new gallium catalyst 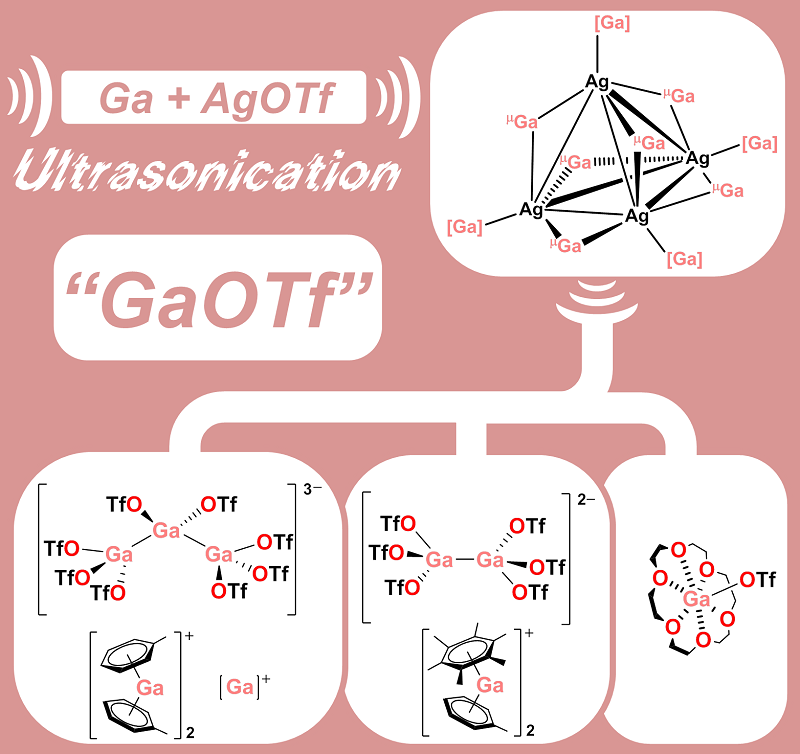 Gallium is a fascinating metallic element, with its chemistry being dominated by the +3 oxidation state. However, in recent years, there has been increasing interest in lower oxidation state forms of gallium for their use in catalysis.

One particularly interesting compound in this regard is gallium(I) triflate. This catalyst is simple to prepare and has been shown to promote carbon-carbon bond forming reactions, key steps in the formation of valuable molecules such as pharmaceuticals, agrochemicals and polymers.

However, almost nothing was known about the true composition of gallium(I) triflate, holding back the understanding of how it functions as a catalyst.

A team led by Dr John Slattery discovered that a wide range of gallium-containing compounds can, in fact, be isolated from catalytically-active solutions of ‘gallium(I) triflate’. Careful structural analysis in collaboration with Dr Adrian Whitwood demonstrated that this seemingly simple catalyst is actually a complex mixture of compounds containing gallium in several different oxidation states.  This work provides valuable insights that will aid the development of new gallium-based catalysis in the future.

The laboratory work for this study was performed by three Masters students. Joe Boronski and Matthew Stevens were final-year undergraduate MChem project students, while Bono van IJzendoorn was an MSc student. This clearly illustrates York’s research-led teaching approach and demonstrates the important role that undergraduate students at York play in the supporting the Department’s research activities during their Masters projects.