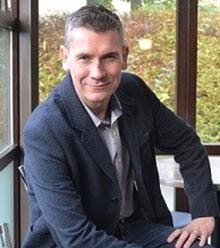 This annual prize is awarded to a UK-based academic whose research is relevant to process chemists and engineers, and has the potential to be applied to large-scale manufacturing. The award was established to encourage the development of new chemical reactions and technologies that solve problems in industrial process chemistry.

The award will be presented to Prof Fairlamb at the forthcoming SCI Process Development Symposium being held in Cambridge between the 27 and 29 March 2019. He will receive a trophy and a cheque to support further research. It is the 14th time this award has been made, and the 2nd time that a York academic has won the award (previous winner, Prof Peter O’Brien, 2017).

Professor Ian Fairlamb is receiving the award in recognition of his expertise in transition metal catalysis and the mechanistic theory underpinning these industrially-valuable processes. In particular, he is interested in developing deeper understanding of a variety of metal-catalysed reactions and applying his findings to improve widely-used cross-coupling methodologies. This has included the development of new ligands and catalysts, as well as studying the role of palladium nanoparticles (PdNPs) in Suzuki-Miyaura, cyanation and C-H functionalisation reactions.

Several key breakthroughs from the Fairlamb research group have been influential in industrial process chemistry.

By recognising the importance of water in palladium-catalysed aryl cyanation, research from the Fairlamb group has allowed such reactions to be performed with as little as 7 parts per million of palladium (React. Chem. Eng. 2019, 4, 122-130). This methodology is currently being exploited in the agrochemical industry by Bayer AG.

The unexpected formation of nitrite-containing palladium complexes on the reaction of ligands with commercial sources of palladium acetate reported by Fairlamb highlighted the importance of knowing the purity and precise form of this reagent in all processes destined for large-scale and/or long-term manufacture (Chem. Sci. 2012, 3, 1656-1661). A perspective on the industrial importance of this influential work was written by chemists at Johnson Matthey (Chem. Eur. J. 2016, 22, 7686-7695).