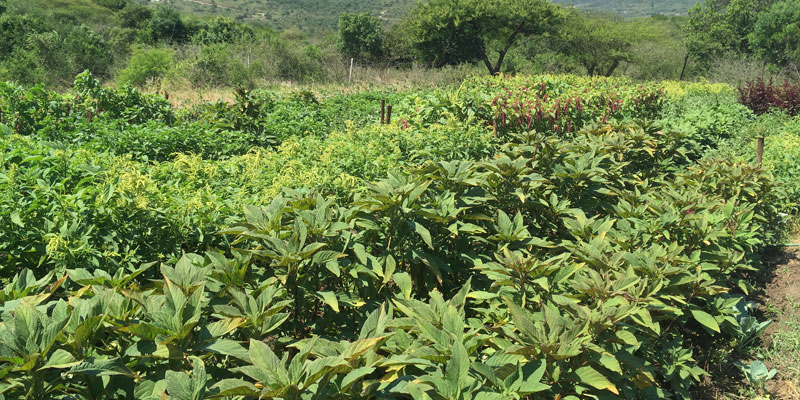 Amaranth plants, although originally from the Americas where their grain is used as a pseudo-cereal, have been grown for centuries in Sub-Saharan Africa where they are now considered indigenous. They are consumed as a leafy vegetable and, in many African rural areas, they are still harvested from the wild. Despite their high nutritional value, fast growth and drought-tolerance, the perception of amaranth as a “poverty” food and the reliance on exotic leafy species such as Swiss chard and kale has led to a decline in the cultivation and consumption of amaranth.

Work by the Siyazisiza Trust is opening up new markets and demand for amaranth (in both fresh and processed form) and we are working with the Agriculture Research Council in South Africa (in a Global Challenges Research Fund project) using a combination of genetics, genomics, metabolite profiling and participatory plant breeding to develop new amaranth varieties with improved nutritional content and agronomic traits, such as yield and water use efficiency.

In addition, we are working with the Siyazisiza Trust to capitalise on the market demand for these indigenous drought-tolerant crops to increase production by rural smallholder farmers to provide them with income, increased dietary diversity and nutrition, and enhance their climate-resilience.

Professor Denby is interested in plant disease resistance and plant-pathogen interaction, and in novel approaches for enabling and enhancing breeding of improved crop varieties tolerant to environmental stress and disease.