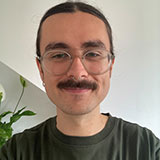 I completed my WRoCAH-funded PhD in the School of English at the University of Sheffield in 2021, during which time I was a member of the Sheffield Animal Studies Research Centre (ShARC). Before this, I received both my BA in English and History and MA in English Literature from Sheffield. At LCAB, I look forward to developing my literary scholarship in an interdisciplinary environment as I investigate the impacts of technoculture on the futures of biodiversity and extinction.

My research spans the fields of animal studies, Cold War criticism, and the environmental humanities. My first book project (in progress) examines the role played by animals in discourses of technological evolution during the Cold War. Focussing on a wide range of sources, including behavioural science, wildlife film and the work of writers such as Thomas Pynchon, Kurt Vonnegut and Octavia Butler, the book demonstrates that ideas about interconnection with nonhuman worlds fuel new forms of humanism in the science and culture of the period.

My new research project examines the mythologies of the future produced by biotechnological approaches to extinction and biodiversity loss. I am interested in how speculative approaches to the Anthropocene, including de-extinction and the digitisation of nonhuman life, are informed by twentieth century security, countercultural and cybercultural imaginaries. The project considers the role of fiction in cultivating visions of both apocalyptic and techno-optimistic futures, and questions the ethics of human–animal relations that underpin these futures.