From the remarkable to the banal

Wetland archaeology can give unparalleled glimpses into the past. From people’s day-to-day lives (and deaths) to entire histories of 10s of thousands of years of continuity and change across wide landscapes, wetland archaeology (and its closely allied discipline of palaeoecology) can and has shed light on the different ways humans have shaped and been shaped by the world around them.

As we now face up to some of the great challenges of the 21st century, climate change and catastrophic biodiversity loss, wetland environments are at the centre of many strategies to make progress here. Wetland environments play an outsized role in both, peatland storing and holding more carbon on a per hectare basis than any kind of forest while freshwaters are host to more biodiversity than most other habitat types. The rush for governments, environmental NGOs and increasingly now, corporations and investment funds to restore wetland environments to store or off-set carbon emissions or halt certain biodiversity declines is well and truly on. You can get a sense of the way this has been playing out (with deep entanglements to other social and cultural issues) from this recent New York Times publication which has highlighted how Scotland is a real hotspot in this new era of environmental action emerging.

So, what do the material traces of the past in these environments have to do with these efforts to restore wetland for the carbon and biodiversity potential? First and foremost, the sensitive nature of wetland archaeological deposits mean that they, like sequestered carbon and important biodiversity, are under threat from a warming climate and the encroachment of certain agricultural practices and other development. The insights that careful examination of wetland archaeology can provide on the past are likely to be lost without certain restoration. Wetland archaeology needs to stay wet to preserve most of its potential. 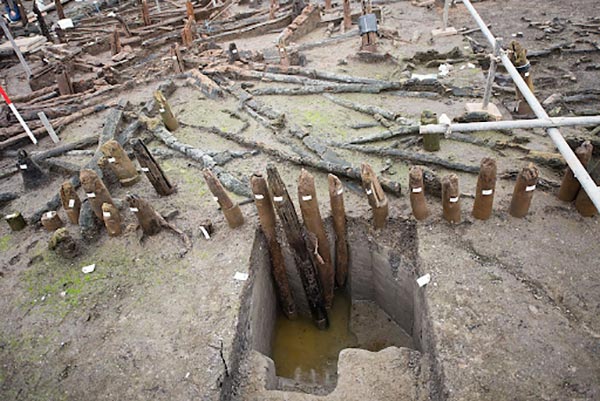 Structural timber piles from Must Farm, Cambridgeshire. This important wetland archaeological site was excavated ahead of the development of a brickworks. Incredible traces of a Late Bronze Age (around 3000 years ago) were discovered. Unique insight was gained into the development of the fens, its ecology and how humans used wetland and dryland resources. Image credit: Dr Coleen Morgan CC-BY.

WARNING THIS LINK TAKES YOU TO AN IMAGE OF HUMAN REMAINS – The Clonycavan Man was found in 2003 during peat harvesting in Co. Meath, Ireland. Bogs preserve organic material, such as bodies, to an exceptional degree. In the case of Clonycavan Man, the circumstances of this individual’s death were still evident, he was most likely killed by a blow to the head from a heavy edged weapon or tool. 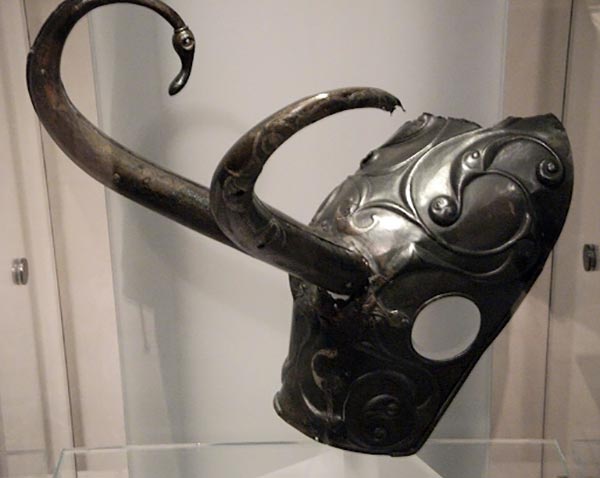 The Torrs Pony Cap was found in 1812 by a labourer digging a ditch to drain Torrs Loch, Dumfries and Galloway, Scotland. The bronze artefact dates from the Iron Age, approximately between 300–200 BC and was intended to be worn as a horned hat for a horse. Documentary records from the early 19th century suggest that horse tackle was found along with the cap, although these have since been lost. The stylistic art includes depictions of what has been interpreted as waterfowl linking the context in which was found with the artefact itself. Image credit: Johnbod CC-BY-SA.

And these remarkable and important archaeological sites and the information they contain can be incredibly valuable to wetland restoration itself. These records can contextualise the choice of ecological baselines restoration is aiming for. What species were present? Where exactly was this wetland? What pressures were humans, 100s, 1000s or 10,000s of years ago putting on wetland environments? All these questions and more can be answered with incredible detail through wetland archaeological analysis.

But the very same wetland archaeological and palaeoecological information from these environments can also be put at threat from the restoration process itself. Peatland restoration frequently requires significant movement of the peat itself involving mechanical diggers, as do many pond restoration schemes and river re-meandering. All of these activities may necessarily or inadvertently impact sensitive wetland archaeological remains. One of the key challenges here is to more fully understand the range of techniques employed in restoration so that potential impacts can be assessed.

Progress is being made 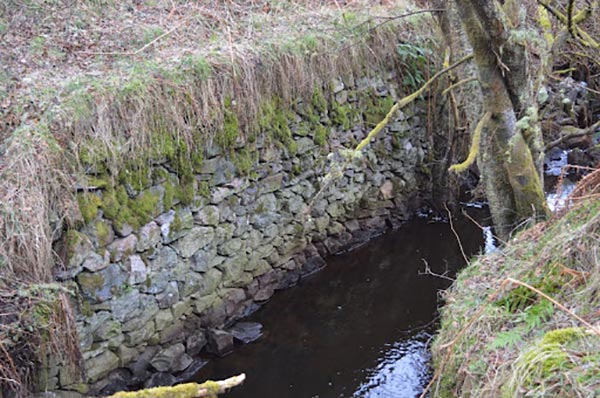 Responsible for so much of change in recent centuries to wetland environments, drainage ditches and how they have impacted wetland environments are key questions that nearly every wetland archaeologist has contended with. They are so ubiquitous that much of the wetland archaeological record in some parts of the world is a direct result of historic drainage. As a result, this information on the key process which much wetland restoration seeks to reverse (drainage and dewatering) is available through the lens of wetland archaeology. When coupled with the value of the archaeological record as an archive of past states, here, wetland archaeology can help understand the processes responsible for the types and condition of wetlands we have now and going forward.

Given the urgency of action required to address carbon emissions and improve the condition of freshwaters, wetland archaeology can and should play an important role in wetland restoration. It has a lot to offer from the remarkable to the banal, and combined, will be a powerful tool to shape the Anthropocene futures of wetland environments around the world.