Being unromantic about nature

Professor Chris Thomas has reproduced the following article from the conference booklet of a New Networks for Nature meeting. He reflects on being both a scientist and a naturalist and on how we need to change our food production system to sustain our increasing human population.

The following brief article is reproduced from the conference booklet of the New Networks for Nature meeting, that would have taken place 3-5 November 2022, but was cancelled because of rail strikes. The audience would have been a mixed one, including conservationists, naturalists, artists and writers concerned about the environment and about building new networks of both people and nature. The research described relates to links provided below this essay.

Being unromantic about nature

I’m sorry. I’m a scientist as well as a naturalist and that means that I flit back and forth between a romanticised version of the natural world that I love and a hard-nosed perspective of the realities of the Anthropocene. Eight billion of us. Soon to be 10 billion. We all consume food and it has to be produced somewhere. The world is going to continue to change and we can’t go back. Our impacts are everywhere.

Yet, we still yearn for a more natural world. Nature recovery networks are on everyone’s lips. Rewilding is all the rage. Regenerative farming gets a shout. Celebrity chefs and Countryfile extol the virtues of happy animals on nature friendly farms, the benefits of organic crops and wildlife rich field margins. Wonderful. I love it too. But the harsh reality is that we can't have it all. Organic farms, for example, produce twenty to twenty five percent less food per hectare on average than do intensive ones. That’s the problem. There are too many people, we eat too much and it has to be produced somewhere. 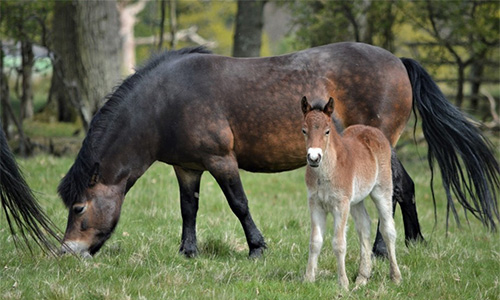 Britain is a major importer of food. Almost all wildlife-friendly ecological initiatives in Britain reduce production, and hence the consequence is that more food from foreign lands gets imported. Beef from Amazonia? Vegetable (palm) oil from Borneo? The area farmed and the intensity of production increases in other parts of the world if we de-intensify our farming in Britain. The choice is ours. Wildflower meadows in Britain or monkeys in a rainforest. The basic ‘human food = finite Earth’ equation demands that the consequences are felt somewhere.

How can we square the circle for 10 billion people? It would work if we all become vegan, but even ardent vegans accept this isn’t going to happen any time soon.

We need to change our food production systems. Companies that produce meat using tissue culture techniques are springing up across the world, most of them run by vegans. Next comes microbial foods. Microbes (bacteria and fungi) are grown in vats already for yoghurt, marmite and wine production. We consume them without blinking, unless you hate marmite, so there is nothing unsavoury about this approach. With modern biological tools at our disposal, the array of proteins, fats and carbohydrates that can be created this way is limited only by our imaginations. And the next game changer? Food produced without plants involved at all, just physics and chemistry. Carbohydrates are composed of carbon, oxygen and hydrogen, that’s it. Pass (renewable) energy through (renewably-desalinated) water and carbon dioxide extracted from the atmosphere using (renewable) energy, and it is possible to construct simple sugars and carbohydrates from seawater and the atmosphere. We need a lot of clean energy to do this, so we are not there yet. Taking these approaches together, we can dispense with some 95 per cent* of today’s farmland across the world and still feed an even larger human population. Don’t worry, we will still have plenty of space for fresh vegetables.

Apologies again for being a scientist. My romantic view of a new nature is one where nearly all of our food is produced in factories. We won’t need intensively farmed fields any longer. Nature will be everywhere. But this will probably take a century or so. In the meantime, we need to protect what we can so that there is something left to recover at that time. 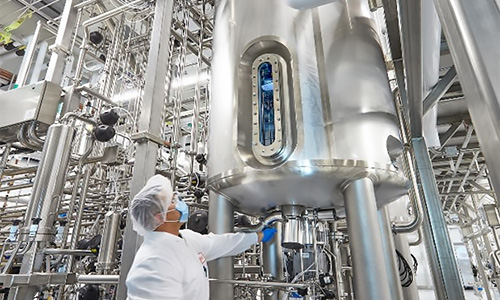 The research on which this article is based on is:

It is also reported in the following ‘The Conversation’ article, co-authored by postdoctoral researcher Jack Hatfield, PhD researcher Katie Noble and myself:

* The exact percentage of land made available for other uses is uncertain given the multiple technological and social changes that may occur over the coming century, some of which will be unexpected. The percentage estimate for land taken out of agriculture in The Anthropocene Review article was 83 per cent, rounded down by The Conversation to 80 per cent. This included assuming a doubling of global meat and dairy consumption, and the retention of 5 per cent of grazing lands as de-intensified ‘conservation grazing’.

I assumed that remaining croplands, vegetable and fruit growing would be regenerative / organic farming (at reduced productivity per unit area). If intensive farming is retained and all grazing lands are ’rewilded’ (rather than conservation grazing), then the 95 per cent figure quoted in this article could be achieved. While the numbers are uncertain, it appears that a large majority of land currently used for agriculture could be reallocated to other uses, including biodiversity conservation, if there is uptake of the new food technologies.