The in vitro production of real meat from animal cells, known as ‘cultured meat’ (CM), makes it possible to make meat without slaughtering animals. Katie Noble explores this emerging industry.

CM technology is gaining serious interest from scientists, investors, large agribusinesses, activists, and governments across the globe. As of 2022, almost 80 companies specialising in cultured meat (CM) production exist worldwide. See Figure 1. The industry has experienced an exponential growth in the past decade, with approximately 75% of all known CM companies being founded since 2017. The accelerated growth of this emerging industry shows no sign of slowing in the coming decade. Subsequently, consulting firm AT Kearney have predicted that between 2025-2040, CM consumption will have a compound annual growth rate (CAGR) of 41%, whilst conventional meat will have a declining CAGR, at -3% (Gerhardt et al. 2020). By 2040, they predict that 35% of global meat consumption will be satisfied by CM (ibid: p.11). 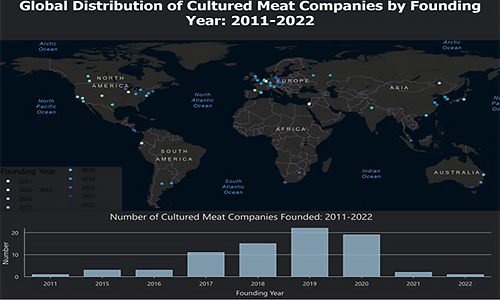 Figure 2: Global Distribution of Cultured Meat Companies as of July 2022

The conventional meat industry is globally valued at over £1,000 billion (ibid: 2), and often operates through complex and opaque multinational supply chains. It is also largely dominated by concentrated animal feeding operation (CAFO) production facilities, commonly known as factory farms. CM is offered by its proponents as a means to produce meat without the various negative environmental externalities of conventional production, whilst also reducing animal suffering and providing individual and public health benefits. However, to realise these goals, the CM industry must overcome the economic, political, social and geographical boundaries it currently faces.

For CM producers, as with all business ventures, money matters. The economic geography of this industry is heavily concentrated in the global North. Whilst a select few CM companies have been established in emerging economies, over 90% are located in the world’s richest countries. This raises significant questions about who will have access to, or potentially benefit from, the coming CM revolution. CM companies in the world's developing economies are very sparse. At present, just one CM company exists in India, whilst there are two in South Africa, three in South America, and three in China. As global meat consumption is predicted to more than double by 2050, and the vast majority of this growth is anticipated to occur in developing countries (FAO 2013), there is a clear discrepancy between the countries involved in producing CM and those where CM is needed to fulfil rising meat demand.

The USA is a major hotspot of CM activity. Out of the 77 CM companies identifiable at present, 29 are located in North America, with 14 of these being in California. This hub of activity extends through Silicon Valley, Berkeley and San Francisco, making this location the most concentrated area of CM activity in the world. As discussed by Sexton (2020), the concentration of CM companies in this region is significantly influencing the future trajectory of the industry. The ‘high-tech entrepreneurial innovation’ (ibid: p.449) spirit of the region makes it a prime spot for CM ventures to establish themselves. As a hub of innovation, this locality also attracts venture capitalists, a primary source of funding for CM ventures.

In addition to the USA being a hotspot for CM activity, it is also driving investment within the sector. Large multinational meat corporations, including Tyson and Cargill, philanthropists and celebrities including Leonardo DiCaprio, Ashton Kutcher and Bill Gates, and fast food restaurants like KFC are among those investing in this technology. A prime source of funding for CM companies however, are venture capital funds. Stray Dog Capital, Blue Horizon Capital, New Crop Capital and Baleine & Bjorn Capital are all key US-based firms investing in CM. Recently however, the US Department of Agriculture (USDA) invested $10 million in CM research, marking the first case of government funding for CM in the USA.

Outside of the USA, Europe also has a rapidly growing CM industry. The first CM product was introduced to the world by a team of scientists in the Netherlands, who remain highly influential in the global CM sphere. They formed a spin-off CM company from their laboratory at the University of Maastricht, and in September 2021 secured $85 million in their Series B funding round to scale-up their facilities. Elsewhere in Europe, the Cultured Food Innovation Hub, set to go live later this year, are establishing pilot facilities in Switzerland to accelerate CM commercialization. Unlike the USA, the distribution of CM companies in Europe is widely dispersed. CM companies in Europe can be found in Germany, France, The Netherlands, Spain, the Czech Republic, Italy, Belgium, and Switzerland. The UK also has an emerging CM industry, with 5 companies operating at present.

As with CM investment in North America, Europe’s industry is being funded by venture capital funds, large multinational meat companies, and philanthropists. It is important to note however, that European CM companies have received higher levels of public funding than their US counterparts. For example, the Dutch government recently announced €60 million in funding for CM, making this the largest public investment in CM globally to date. Further to this, whilst there remains a distinct lack of CM companies operating outwith Europe, the UK and North America, hotspots are forming in certain non-western countries. The most prominent of these are Israel and Singapore, both of which currently host 5 CM companies. Both countries have provided public funding to CM ventures and Singapore has also become the first country in the world to approve the sale of CM for consumption.

The concentration of CM companies in the global North is economically and technologically mediated. Significant investment in facilities, equipment, energy, material inputs and a highly skilled workforce, consisting primarily of scientists and other highly educated and skilled individuals, make CM production a hugely expensive endeavour. CM is often promoted as a way to “feed the world” but the countries that will have access to CM, at least in the initial stages of its market introduction, will likely be those with heavily developed infrastructure, economic prosperity and already well-established conventional meat industries. Addressing the economic geography of the global CM industry therefore highlights emerging techno-justice issues that need to be addressed by the industry if it is to fulfil the promises of food security its proponents imagine.