A University of York academic was joined live by the commander of the International Space Station for a Russian poetry seminar. 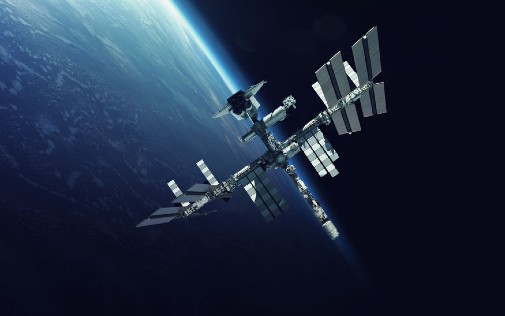 The commander of the International Space Station joined the seminar and read poetry in Russian.

Dr Shane O'Rourke from the Department of History said the experience was somewhat “mind blowing” as Russian cosmonaut, Commander Sergey Ryzhikov linked up live on zoom and read poetry in Russian.

The session had been part of a series of seminars with the Pushkin Institute in Moscow and Dr O'Rourke had been invited to contribute to them. They were discussing the work of Russian 19th century Romantic poet, Mikhail Lermontov.

Dr O'Rourke said: “I dialled in as usual and there had been talk that the International Space Station (ISS) might be joining us on a telephone line. Then suddenly Commander Ryzhikov appeared on camera and recited in Russian poetry of Lermontov.

“The theme was poetry and the cosmos hence the link, but this really was something very special. The sound was great and everything worked perfectly – in fact much better than some seminars I’ve held with people on Earth. We were connected apparently while the space station was flying over South America. It was a pretty mind-blowing experience.”

The lecturers were connected to the International Space Station for about 20 minutes.

Dr O’Rourke added: “With the commander being on camera it gave us an incredible opportunity to see into the space station. It did look quite cramped in there and they were floating around a little at times.”

The ISS orbits about 200 miles over the Earth, traveling 17,500 miles an hour, making one full orbit every hour and a half.