Visit Shane O'Rourke's profile on the York Research Database to:

Shane O’Rourke began his career as a historian of Imperial and Soviet Russia, looking at the history of the Cossacks in particular. He has produced two books on the Cossacks and numerous articles, covering the Cossacks from Muscovite times into the post-Soviet period.

Over the past four years he has began to develop an interest in the history of Brazil and is now engaged on a major research project comparing the emancipation of the serfs in Russia in 1861 and the slaves in Brazil in 1888. Brazil is also figuring increasingly in his teaching and Shane now offers courses on Brazilian as well as Russian history.

Shane’s research interests have changed sharply over the past four years. From being a social historian of Russia, he has now broadened his interests to become a historian of Brazil. His work at the moment is writing a comparison of the emancipation of servile labour in both countries in the second half of the nineteenth century. This will be the first work to compare explicitly Brazil and Russia.  As part of this project, he is working on two royal women, Grand Duchess Elena Pavlovna and Princess Isabel of Brazil, and their role in the emancipation of servile labour. An article on Grand Duchess Elena Pavlovna will be published in Autumn 2011 in The Russian Review. 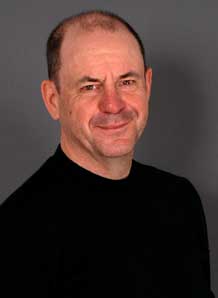 Please email for an appointment.