Researchers at the University of York have shown that costly external NHS hospital inspections are not associated with improvements in quality of care. 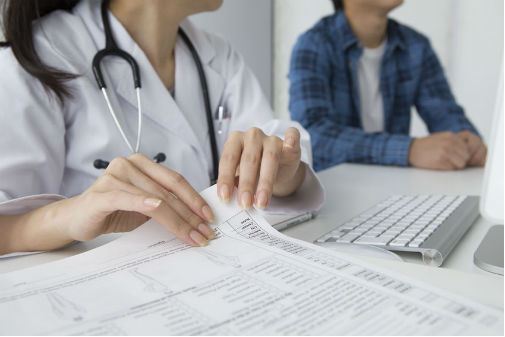 Research shows that inspection regimes need to rethink their approach

The results have prompted researchers to call for less resource-intensive inspections, allowing trusts to continue with their own internal assessments and focus on making impactful improvements in a realistic timeframe.

The team, which includes researchers from the University of Leeds, found that rates of falls resulting in harm to patients, and rates of pressure ulcers following treatment, were improving prior to external inspection by the Care Quality Commission (CQC), which exists to monitor and regulate services, and encourage improvement in quality of care. After inspection, however, rates of improvement were slower.

Dr Ana Cristina Castro, from the University of York’s Department of Health Sciences, and lead author of the study, said: “Since 2013, CQC inspection teams regularly visit NHS Trusts over several days, with more than 150 inspection measures, and rate them against legally enforceable standards of care.

“This creates a significant pressure on staff before and during the inspection period, and also significant costs, not just of the CQC inspectors but also the NHS staff who are diverted from other activities.

“We calculated that one CQC inspection costs a hospital between £169,000 and £420,000 depending on its size and the preparatory activities performed.

“We suggest that a less resource-intensive approach should be considered so that all staff can focus appropriately on longer-term improvements.”

The CQC regulate NHS and independent hospitals, conducting regular comprehensive inspections to observe care and examine records.  Researchers at York investigated the impact of these inspections in 150 NHS Trusts in England.

The team looked at monthly data over four years on falls with harm and pressure ulcers and how they changed in relation to two regimes of inspection – one that relied on a significant input from NHS staff and lengthy visits and a second which was less resource intensive.

Researchers compared both inspection regimes with trusts that were not inspected at all during this period. Neither inspection system was associated with improvements in rates of falls, nor cases of pressure ulcers. In fact, the rate of improvement was worse compared to those trusts that did not get inspected.

Karen Bloor, Professor of Health Economics and Policy at the University of York’s Department of Health Sciences, said: “CQC provides a broad system of regulation, monitoring quality of care and hopefully incentivising improvements. But inspection and regulation is costly, and cannot substitute for professionalism and health care teams working together to monitor their own performance.”

Researchers argue that given that several methods of inspection have been implemented and then replaced over a 20-year period - each with an increasingly complex and burdensome process - that reducing the administrative burden should be tried and tested instead.

Trevor Sheldon, Professor of Health Services Research and Policy, also at the University of York’s Department of Health Sciences, is author of an editorial published alongside the research paper.  He said: “Research shows us that questionable effectiveness and high burden of health service inspection is not only true of the NHS, but also of health care systems internationally.

“The research shows that inspection regimes, like CQC, need to rethink their approach; health service and government leaders need to focus less on the methods of monitoring and more on promoting and supporting the many efforts that already exist nationally and within trusts to improve quality.

“The question that remains is, what is the right dose of oversight that will help improve quality of care, without adding to an already overburdened staff workload?”

The research is published in the Journal of Health Services Research and Policy and the editorial can be found in the same journal, here.