An expert in Marine Conservation at the University of York comments on the Chancellor's Spring Statement pledge to declare 445,000 square kilometres of ocean around Ascension Island as a Marine Protected Area. 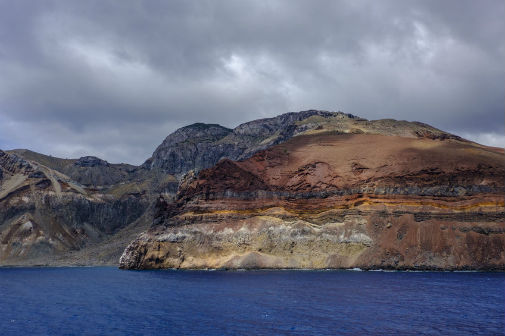 Professor Callum Roberts, from the University of York's Department of Environment and Geography, said: "This latest news means that the government have committed to protect 100% of Ascension Island's waters. That is something that a coalition of organisations, The Great British Oceans Campaign, which includes the University of York, has been asking the government to do for some time.

"In the last couple of years University of York Masters student, Polly Burns, and Dr Julie Hawkins, from the University's Department of Environment and Geography, undertook a study of the environmental history of Ascension, funded by BLUE Marine Foundation.

"They showed that Ascension has been famous for its exceptional abundance of marine life from first discovery in 1501 and remains so to this day. It therefore represents a rare survival of seas teeming with life in an ocean more often characterised by decline.

"In our submission to the government's recent consultation on the protection of the island, we stated that the island and its seas have outstanding conservation importance.

"A marine protected area of this size and in this location, where protection is currently lacking, is a great example of leadership by the UK in international marine conservation.

"It follows the UK's announcement last year that it plans to pursue protection for 30% of the world's oceans by 2020, a target based on research led by Dr Beth O'Leary from the Department of Environment and Geography at the University."

For more information on the Spring Statement 2019 click here.