Using a computerised version of cognitive behavioural therapy to treat depression in children and young adults has the potential to improve access to psychological therapies and reduce waiting lists, a new study suggests. 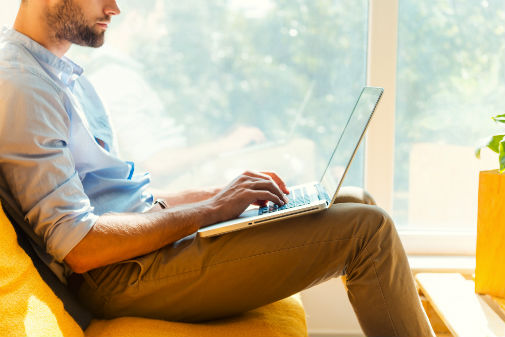 Cognitive behavioural therapy (CBT) – often known as talking therapy – is widely and effectively used in the mental health services to help people suffering from depression and anxiety. Reviews of CBT for adolescent depression have shown that it is effective and currently one of the main treatment options recommended for this age group

The study, led by the University of York, examined the clinical and cost effectiveness of delivering a computerised CBT programme (CCBT).

The trial which ran in community and clinical settings worked with young people aged between 12 and 18 who were suffering with low mood or depression.  Most of the young people received CCBT in a private setting within their own school, and qualitative interviews showed that they reported this to be helpful and supportive.

It’s estimated that between two and four per cent of adolescents suffer from depression and that early treatment can be effective but the availability of effective mental health treatments with Child and Adolescent Mental Health Services (CAMHS) is limited, with limited staff numbers and long waiting times.

“Computerised forms of CBT could offer a wider, faster delivery of CBT.  Given the importance of early treatment, this study shows that CCBT can also be offered in a cost-effective manner.

“CCBT is easily accessible and addresses some young people’s reluctance to access mental health services. CCBT may reduce this barrier in providing easy access in the community, without the need for regular face-to-face contact.

“The study suggests that CCBT may have a place in the care of children and young people, particularly early on if they are on waiting lists, however some young people continue to have low mood and depression and will need other forms of treatment such as face to face therapy or medication.

“Further research needs to be done to explore the place of the different treatments available for young people with low mood and depression in the care pathway.  This includes preventive treatment.”

The Child Oriented Mental Health Intervention Centre (COMIC), is a collaborative venture between the University of York (Hull York Medical School) and the Leeds and York Partnership NHS Foundation Trust.

This study is published in the British Journal of Psychiatry Open