Researchers at the University of York have developed an app to help users of smokeless tobacco quit. 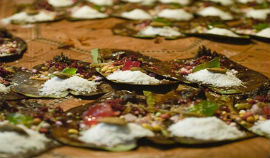 The Stop Smokeless Tobacco app can be downloaded by health professionals to assist their clients give up the deadly habit.

Smokeless tobacco (SLT) is placed in the mouth or nose and chewed, sucked or applied to gums and teeth.

Previous research by the University of York has revealed that, worldwide, more than a quarter of a million people die each year from using smokeless tobacco.

The UK has large populations who use smokeless tobacco, and is particularly popular among people of South Asian origin.

The app, which can be downloaded for free, features:

Dr Omara Dogar, a research fellow in the University of York’s Department of Health Sciences, said: “We feel this app could make a real difference in helping many thousands of people addicted to smokeless tobacco give up.”

“Peer pressure, family acceptance, medicinal use, easy access, low price, lack of regulation and advertising all contribute to its widespread use.

“The use of smokeless tobacco places a significant burden on health systems around the world and we feel this app could provide real assistance to health professionals working to break that addiction.”

The app can be downloaded here: