A University of York economist has played a key role in a major review of the future of the minimum wage in the UK by the Resolution Foundation. 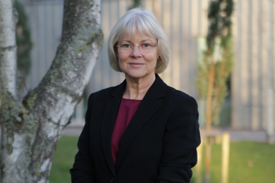 Professor Karen Mumford Professor Karen Mumford, of the Department of Economics and Related Studies at York, is a member of a panel of academics and policy experts, under the chairmanship of Professor Sir George Bain, the founding chair of the Low Pay Commission, which carried out the review. Its final report calls on the Government to undertake major reform of the minimum wage to help tackle the problem of low pay.

The review recommends a fundamental overhaul of the minimum wage, arguing that the cautious approach of the late 1990s was right for its time, but that it is now too narrow, short-sighted and passive to dent today’s wider problem of low pay. While the core of the approach should be maintained, the review says the minimum wage and Low Pay Commission should be strengthened in three main ways:

The panel has overseen the Resolution Foundation’s review for the last nine months. The report suggests that preparatory steps to implement its recommendations could be taken this year and that the Government elected in 2015 should publish its strategy to reduce low pay and its ambitions for the minimum wage early in the first parliament.

Around 1.2 million workers earn the minimum wage (or no more than five pence above it). A further 1.4 million earn with 50 pence of the hourly minimum. And five million workers meet the official OECD definition of low-pay, earning below two-thirds of the median full-time hourly wage, currently £7.71 an hour.

Professor Mumford, who is also and Chair of the Royal Economic Society Women's Committee, added: “The minimum wage in the UK has proven to be very successful at increasing pay for the very lowest earners. There has, however, been little improvement for the additional millions of employees who are trapped in persistently low paying jobs.

“Leading thinkers across the political spectrum now recognise the need to reassess minimum wage and low pay policy in the UK. We believe the Low Pay Commission should move away from a singular focus on the minimum wage and adopt a much broader remit with enhanced powers to tackle the issue of low pay in its entirety.”

The final report, More than a Minimum, is published by the Resolution Foundation.