Giuseppe Longobardi studied formal grammar and comparative philology in Pisa and Paris with special focus on Romance, Germanic, and Classical languages, and spent considerable time as a visiting scholar at MIT in the 1980s. He has published extensively on the syntax/ontology relation in the domain of nominal expressions. He is also interested in quantitative approaches to language comparison and historical linguistics, and is active in interdisciplinary work across theoretical syntax, phylogenetic linguistics, and genetic anthropology. He taught at Pisa, Venice, Trieste and was a Visiting Professor at Vienna, USC, Harvard, Paris, UCLA, before taking up an Anniversary Chair at York in December 2012.

He has coordinated the International Research Centre for Linguistic History and Diversity  since its beginning in 2013. He is honorary faculty staff of the joint linguistics PhD programme of the Università di Roma ‘La Sapienza’-Terza Università di Roma. In 2022 he was elected a member of the Academia Europaea.

Giuseppe Longobardi has primarily done research in theoretical and comparative syntax, focusing on the study of the grammar/meaning interface, e.g. on the distributional properties of WH-variables, negative quantifiers, and proper names.

For the past ten years he has contributed to design three more innovative research programs (Topological Mapping theories, Parametric Minimalism, and the Parametric Comparison Method).

First, he has especially pointed out the relevance of structural position for the mapping of nominal elements to their ontological correspondents (Topological Mapping), deriving the application of classical analytic notions like reference, generality and quantification from DP-internal configurations.

Then he has initiated the study of a restrictive format for parametric theories of grammatical diversity (Parametric Minimalism), and is developing an original method for formally comparing overall syntactic systems (Parametric Comparison Method).

The latter approach is meant as a tool to be used for purposes of phylogenetic reconstruction and comparison with the results of independent disciplines (e.g. archaeology and population genetics), but also, more generally, for grounding historical linguistics within the framework of modern cognitive theories and in the explanation style they strive to import from natural sciences.

In the area of language change, beyond English, we have research strength in the investigation of global syntactic diversity, based on a parametric approach to grammatical description. We also investigate language diversity from a synchronic perspective in recently-completed and current projects.

Longobardi was the Principal Investigator of the ERC Advanced Grant 'Meeting Darwin's last challenge: toward a global tree of human languages and genes' (2012-2018). The project built up the first phylogenetic trees of languages based on syntactic evidence, aiming at global scope, and started to compare it to the molecular-genetic representation of the corresponding populations. 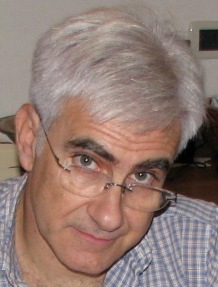