Our research in this area covers a number of aspects of microelectronics design, including research into VLSI silicon based design of novel hardware architectures (e.g. novel FPGA designs), biologically inspired architectures and computation models for adaptable and fault-tolerant designs. It includes the development of design tools and/or technologies, including synthesis, simulation and optimisation of reconfigurable hardware. Our work also involves the design of many-core architectures and software environments based around such architectures. 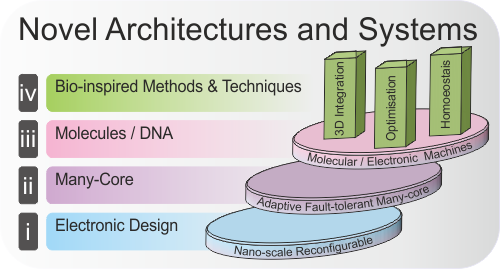 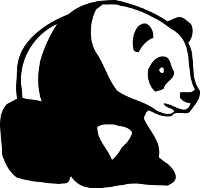 The PAnDA project focuses upon one of the greatest challenges in nano-scale electronic design: taking the physical effects of intrinsic variability into account when the shrinking of device sizes approaches atomistic levels, in order to achieve functional circuit designs. Both process and substrate variations impose major challenges on the reliable fabrication of such small devices. These variations fall into two categories; deterministic variability, which can be accurately modelled and accounted for using specific design techniques, and stochastic variability, which can only be modelled statistically and is harder to overcome.

The proposed research aims to develop understanding of how stochastic variability will affect circuit design in deep sub-micron processes and to propose novel design methodologies to overcome these intrinsic variations. The project will involve the design and fabrication of a novel reconfigurable variability tolerant architecture, which allows variability aware design and rapid prototyping by exploiting the configuration options of the architecture. These are vital steps towards the next generation of FPGA architectures.

This research aims to develop understanding of how stochastic variability will affect circuit design in deep sub-micron processes and to propose novel design methodologies to overcome these intrinsic variations. A novel reconfigurable variability tolerant architecture - Programmable Analogue and Digital Array (PAnDA) - will be developed and realised as a simulation model and in hardware, which allows variability aware design and rapid prototyping by exploiting the configuration options of the architecture. These are vital steps towards the next generation of FPGA architectures. To achieve this aim the following objectives will be pursued:

PAnDA will be a unique architecture encompassing novel CAB and CLB designs. It will close the gap between the analogue design of standard cells and the design of reconfigurable digital systems based on standard cell libraries, by providing a design platform that is reconfigurable on both the analogue and digital levels. The focus is to configure PAnDA with digital designs and optimise them in multiple stages. Firstly, by changing the location and topology of the digital components and secondly, by manipulating the properties and improving the intrinsic variability of parts of the circuit by changing the underlying analogue and device layers. The latter is a novel approach to synthesizing designs on an FPGA, and is not possible with any currently existing commercial FPGA. This will enable us to investigate the optimisation of digital circuits on multiple layers of abstraction using novel bio-inspired approaches to fault-tolerant and variability tolerant electronic designs.

From Biology to Systems Engineering and Electronic Design 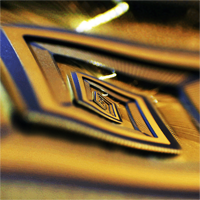 Natural Development as an Inspiration for Electronic Design 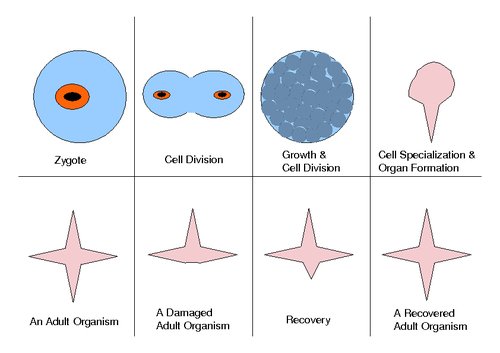 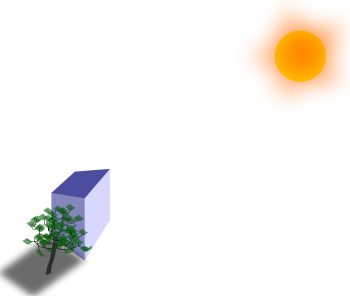 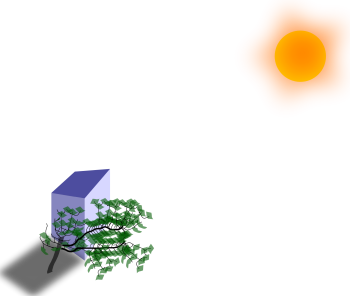 In biology, development is used to create a fully functional adult organism from a highly compressed piece of information-the genotype of an organism(i.e. the DNA)-that is stored within a single cell. Furthermore, development is also a mechanism that maintains the stability and functionality of an organism throughout its lifetime, and not merely a genotype-phenotype encoding mechanism in biology for creating complex multicellular organisms. Thanks to multicellular development an organism is capable of surviving damage and loss of its physical parts, which otherwise would be lethal to the organism.

This project aims to create an artificial developmental system (ADS), which is capable of growing higher-level adaptable entities without human intervention. An unconstrained evolutionary algorithm (EA) is used to evolve the genetic code of a zygote (stem cell), which is then capable of growing into a multicellular organism. As the organism grows, cells specialise in performing particular tasks depending on their environment and thereby form "organs". Speaking in terms of hardware systems, a cell is represented by a configurable circuit unit that can perform various simple tasks. These circuit units can connect to each other and form sub-circuits (organs), and the sub-circuits are part of the organism (hardware system). 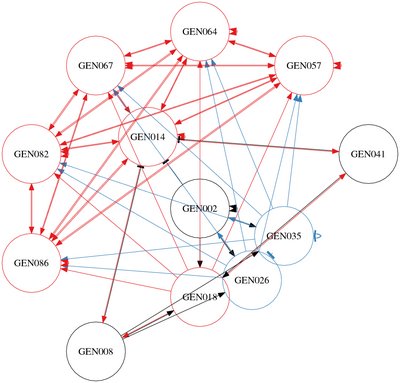 Unlike in hardware evolution experiments, where the configuration of a hardware substrate is directly evolved, a circuit building instruction set (similar to DNA) is evolved in the case of hardware development. The single instructions are called genes. Genes interact with each other through proteins, which can be considered as "actions" or "messages": a gene can activate/inhibit other genes, communicate with the environment or modify the underlying circuit structure. The complexity of interactions increases with the number of genes. As a consequence, in order to translate the "DNA" into a working and adaptive hardware system, a mechanism that is able to process this gene regulatory network (GRN) is being developed in this project. 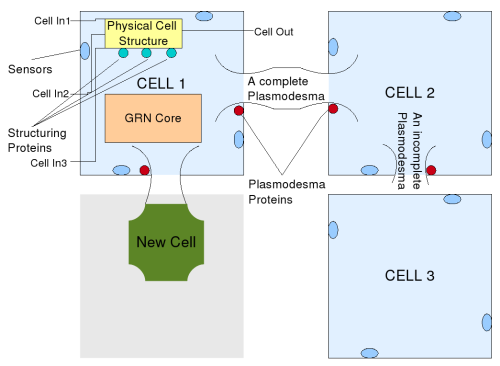 While "growth" can be viewed as a self-specifying decompressing process from genotype to phenotype (building an entire system from a compressed instruction set), it also allows another important property: self-repair. As in biological systems, the ability to (re-)grow is the key feature to be able to replace faulty or damaged parts. A stable developmental process should therefore be able to recover from errors and adapt to environmental changes even if it is not explicitly evolved for such behaviour. Such phenomena will be investigated in this project. This will have enormous ramifications on the production of future systems; reliability and fault tolerance of systems may be greatly improved under uncertain environmental conditions. 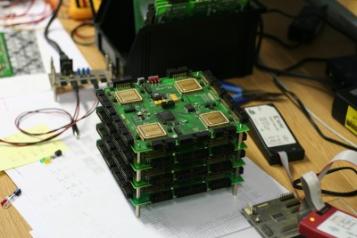 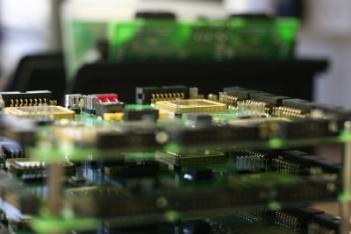 Progressive scaling of CMOS transistors, as tracked by the International Technology Roadmap for Semiconductors (ITRS) and captured in Moore’s law, has driven the phenomenal success of the semiconductor industry, delivering larger, faster and, cheaper circuits. Silicon technology has now entered the nano-CMOS era with 40 nm MOSFETs already in mass production and sub-10 nm transistors scheduled for production by 2018.

However the years of ‘happy scaling’ are over and the fundamental challenges that the semiconductor industry faces, at both technology and device level, will impinge deeply upon the design of future integrated circuits and systems.

EPSRC in collaboration with leading design houses, chip manufacturers and ECAD vendors is funding a £5.3M project which will apply e-Science and Grid technology to tackle some of the fundamental challenges facing nano-CMOS design. The work at York will study the impact of next generation technologies, and related parameter fluctuations, on the design of digital circuits using evolutionary computation.

The POEtic project unites Phylogenetic (evolution), Ontogenetic (growth and development) and Epigenetic (learning) abilities within a single reconfigurable hardware device. As part of this project, this work is focused on the efficient combination of evolution and adaptation in a manner which is suitable for implementation in digital hardware. Simple, biologically inspired, Spiking Neural Networks (SNN) have been evolved to provide control signals for a mobile robot. Recent work has involved encoding within each individual's genome the spike timing dependant synaptic plasticity (STDP) update rule for each synaptic connection, where evolution then selects individuals based on their ability to adapt to their environment. Other work has involved looking at audio applications: evolving digital waveguide meshes to provide a simulation of the human vocal tract and synthetic models of plucked strings.