New research on Education and the European Union

Pre-peer reviewed, pre-copyedited version of an article which will be published in the journal (Educational Media, Memory and Society). 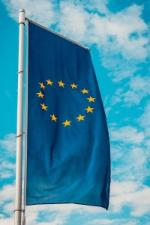 Brown, E., Szczepek Reed, B., Ross, A. Davies, I, Bengsch, G. (in press). Constructing Europe and the European Union via Education: Contrasts and Congruence Within and Between Germany and England. Educational Media, Memory and Society.

An article comparing textbooks in England and Germany. The German books are more positive about Europe than those published in England. We discuss the possible impact of those textbooks in forming opinions about the European Union.

Constructing Europe and the EU through Education (MS Word