CRESJ PhD student nominated as Volunteer of the Year 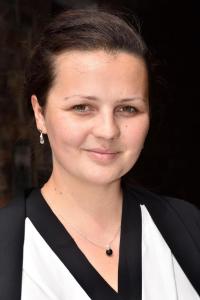 CRESJ PhD student Agata Lambrechts has been nominated in two categories of the York Community Pride awards for 2017. The awards, which are a collaboration between the City of York Council and the York's newspaper, The Press, recognise individuals and groups whose efforts have contributed to civic life.

Agata has been nominated in the categories Community Project of the Year for the From York with Love initiative; and as Volunteer of the Year. Her volunteering work is described in a feature about her on The Press website.

In the York University Students Union Love York awards, Agata was highly commended in the Student Giving Individual Award category and she is also a finalist in the Charity Mum of the Year category of the Biz Mums conference and awards 2017.

Some of Agata's volunteering work connects to the interests she is pursuing in her doctoral research on access to higher education for refugees and asylum seekers in England and Poland.