The Prevent strategy at UK universities is designed to reduce the possibility of university students becoming radicalised and so working against them supporting or directly engaging in terrorist activities. 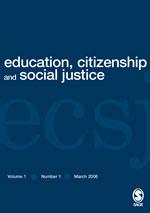 In this study, we were concerned to reflect on our reading of some relevant literature by exploring the views of a sample of British Muslim students regarding Prevent and, in particular, its impact on their sense of personal and national identities as British Muslims. Nine British Muslim undergraduate students completed an online questionnaire. We discuss findings suggesting that there is limited general understanding and negative characterisations of Prevent, with perceptions of this policy being ineffective and inappropriate for higher
education contexts. We suggest that more work is needed to develop relevant educational initiatives in the development of a tolerant society and that there is potential in discourse analysis to help reveal further insights into Muslim students’ identities.