A Moment That Made Us! 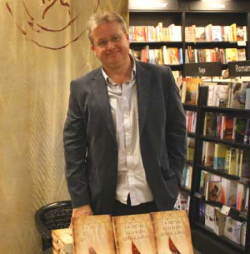 After entering a writing competition, run by their enthusiastic teacher Ryan Eskrett, the students visited the university on 5 May 2017 to delve into their pasts to answer the question ‘what made me?’.

Discussing his own journey from teaching to published author, Tim offered an insight into the author’s mind as they attempt to beguile the reader. After an introduction by Tim, the school students joined forces with undergraduate English in Education students, to discuss the mechanics of a poem prepared by Tim, before embarking on writing their own poems.

Working alongside the undergraduates, all the students produced imaginative and thoughtful poems, which will be edited and jointly published in a writing journal.

Her surname was Ramsbottom:
it didn’t deter me.
So many years since then,
six and thirty.

We came from rival schools
to a poetry course.
Our eyes locked like rhymes
over cheesy verse.

Later, our negotiations
safely dusted and done
we met one Saturday
in a café alone.

I mooned over a tea spoon
to read her face, her thoughts,
her lips like Eden apples,
forbidden fruit.

Later still, waiting for her bus
our fingers interlocked,
heads bent to touch...
and there, there it was

my longed-for first kiss. Fleeting
as a twilight in September –
her mouth and teeth and tongue
sweet as cucumber. 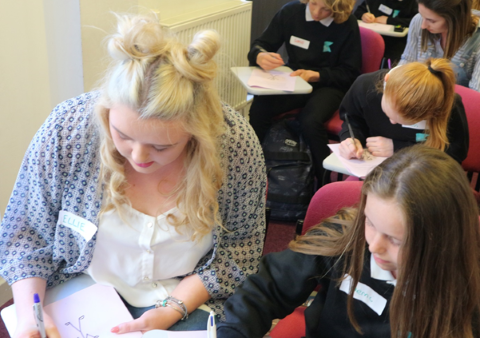 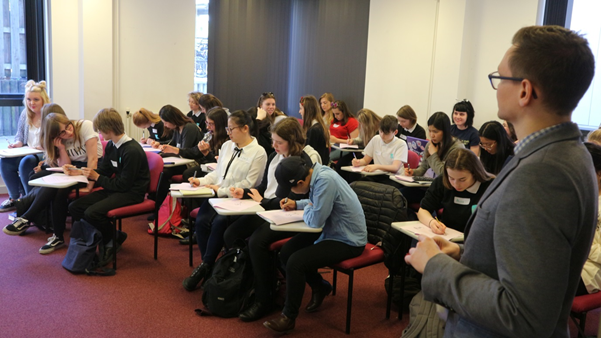