I am a Senior Lecturer in Education and Social Justice and have worked in the Department of Education since September 2013. Prior to this I worked at the University of Nottingham as a qualitative researcher on a number of projects including Policy Enactment in Successful Schools in the UK and Hong Kong (ESRC), School-University Partnerships; Widening Participation (HEFCE), The Impact of School Leadership on Pupil Outcomes (DCSF), Effective Classroom Practice (ESRC), Peace Education in Britain and Jordan (British Academy) and New Public Diplomacy (British Council). I also worked as a field researcher in Phnom Penh, Cambodia on Innovative Practice in Secondary Education (Results for Development).

I have worked with a number of Development Education Centres (DEC) in Britain and Non-Government Development Organisations (NGDO) in Spain, teaching global citizenship education, development studies and education for social justice. My ESRC funded doctoral study at the University of Nottingham focused on transformative learning and development education, looking at how NGOs educate adults and young people about global issues. My study was comparative and I spent a year based at the University of Granada, Spain.

I have an interdisciplinary background. My first degree was a BSc in Natural Sciences; mathematics and philosophy (Durham University), after which I attained a Cambridge University Certificate in English Language Teaching to Adults (CELTA) from International House, Seville, and I taught English for two years in the British Institute in San José, Costa Rica and then a further two years in Barcelona, Spain. I returned to the UK in 2005 to read for an MA in Diplomacy and International Relations (University of Nottingham). In 2009 I completed a further MA in Educational Research Methods (University of Nottingham).

My primary research interests are in global development and global citizenship education, social justice and transformative learning, in formal and non-formal educational settings, as well as social movements and communities. I am particularly interested in critical, participative and de-colonising approaches to knowledge and understanding and alternative spaces for learning. I work on indigenous challenges to development discourse, such as Buen Vivir, and questioning dominant narratives of development. I have conducted research on experiences of international volunteering, values education, and sustainable development. I led a British Academy project on sustainable energy production and new technologies in rural communities, coordinating a large interdisciplinary team and conducting research on interdisciplinary dialogue and the experiences of collaborating across epistemological divides. My research has an international focus, with projects conducted in South East Asia (Cambodia, Thailand), Latin America (Brazil, Mexico, Costa Rica, Nicaragua) and Europe (Spain, Britain).

I am on the advisory board for the Centre for Applied Human Rights (CAHR) and on the management committee of the Interdisciplinary Global Development Centre (IGDC).

I am a member of the British Association of International and Comparative Education (BAICE) Executive Committee and I chaired the Conference Committee for the 2018 BAICE Conference on Comparative Education and Development Alternatives – Critiques, innovations and transitions. I am also co-convenor of the European Association of Development Institutes (EADI) working group on Education for Global Justice and Citizenship Engagement.

I have presented my work at a number of international conferences including EADI (European Association of Development Institutes), BERA (British Education Research Association), and BAICE (British Association of International and Comparative Education) and I have given invited talks at the Institute of Education (University College London) on Transformative Learning through Development Education NGOs in Britain and Spain, and at the University of Jaume I (Castellón, Spain) on Development Critiques and the Implications of the Concept of Buen Vivir for Education.

I have worked as a consultant for Global Education Derby, evaluating and monitoring the Money, Power, Respect project. 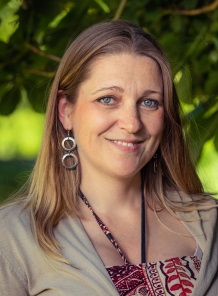