A 100 smart cities, a 100 new utopias: Fictions of migration and urbanization in India

In 2010, it was predicted by McKinsey Global Institute that India’s urban population will rise by 8% in the next 20 years with over 590 million people living in Indian cities. McKinsey suggested that India will need a planned portfolio of at least 20–30 new ‘cities of tomorrow’ to accommodate this increase.  In 2014, the newly elected Indian government announced an ambitious programme of building 100 new smart cities across India.  These cities are presented as the answer to the challenges of rural-urban migration, rapid urbanisation, and sustainable development in India.

This paper presents what it terms the ‘fictions’ of migration and urbanization in India that legitimises new regimes of accumulation and dispossession. Fictions situate diverse global spaces and practices of becoming ‘smart’ within a context of utopian urban planning in India, in ways that entire new cities are put together through a rhetoric of crisis around migration and urbanization. By looking at the emerging smart city policy and the increasing national competition between Indian cities to be declared as the ‘first’ smart city, this paper makes the following arguments. First that smart cities in India are part of a longer genealogy of utopian colonial and post-colonial urban planning, which now tap into the desires and aspirations of the young upwardly mobile Indian youth to stake new digital citizenships. Second, that the sustenance of the fiction demands a continuous ‘lawfare’ by the state to make land available for the new smart city infrastructure. Finally, that the fault lines of these utopian visions of smart cities begin to emerge when their claims to establish digital citizenships encounter the messy realities of local citizenships tied to land. 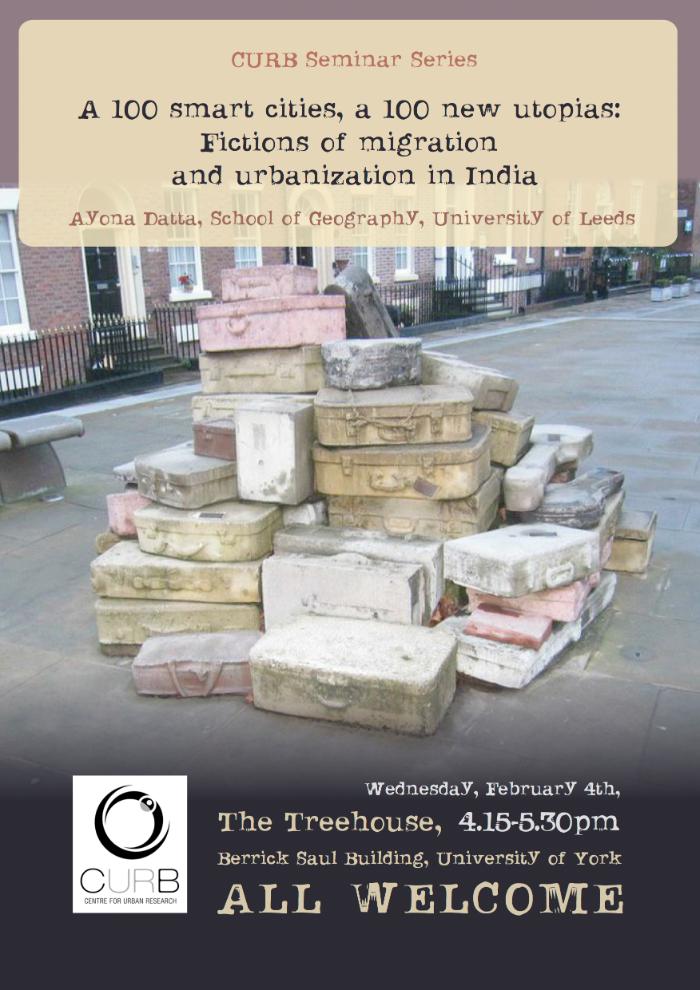