Paul Jones, The University of Liverpool

How are urban capitalist projects articulated and made meaningful? Architectural models are representational forms that can be used in such a way as to make visions of capitalist futures more resonant. This paper explores the additional force afforded by the deployment of digital architectural models to the Liverpool Waters project, a planned £5.5bn development of that city’s waterfront. Analysing the models as interpretive representations whose practical use generates context and rationale for the project, the argument is that models allow for: i) visual connections to be forged between Liverpool and waterfront ‘global cities’ elsewhere; ii) a foregrounding of the dramatic scale and character of the transformation proposed by the project (including via a problematisation of the site’s present uses); and iii) a basis for other sets of claims concerning Liverpool Waters to cohere, as illustrated by the public consultation exercises in which models became presentational devices allowing for the visualisation of social claims concerning the development.

Accordingly, architectural models are here to be understood as consequential in their

effect, with the display and presentation of models allowing for the co-ordination and integration of other, otherwise disparate, economic claims concerning the future. Precisely due to the other types of mobilisations that such modelling makes possible, critical research must engage with the interpretative frames that architectural models seek to establish and exploit.

Paul Jones is a Senior Lecturer in Sociology at the University of Liverpool. His research centres on the political economy of the urban; recently this has included studies of architecture and the built environment, digital models, regeneration photography, and – with Michael Mair – analysis of the Private Finance Initiative, supermarkets, and contemporary state reform. 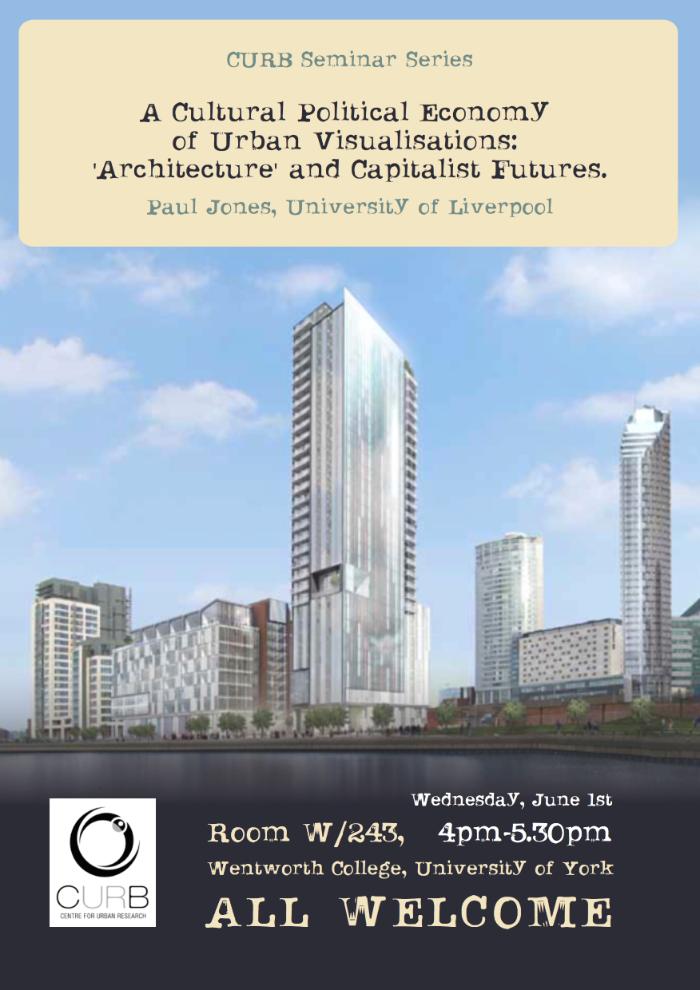