Around one million people who claimed benefits during the first wave of the coronavirus pandemic are having money regularly deducted from their payments, according to analysis by the University of York. 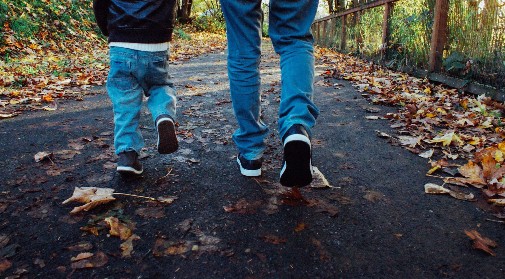 The report says that deductions can significantly deepen poverty for claimants. Credit:Olya Adamovich from Pixabay

Nearly two thirds (63 per cent) of those who claimed for Universal Credit (UC) between March and June are living on less than they are assessed to need due to deductions.

This compares to 1.85 million claimants with deductions receiving Universal Credit in August (41 per cent of the total).

Almost all of the deductions include repayments of an advance loan that claimants can take out while they wait five weeks before receiving their first payment.

The report for the Covid Realities Project projects is led by Dr Ruth Patrick from the Department of Social Policy and Social Work who worked with the Child Poverty Action Group (CPAG) to produce the analysis.

Dr Patrick said: “When the pandemic struck millions of families were forced on to universal credit and hoped for safe harbour there. In reality, they found a system that expects them to survive for five weeks without any payments or, if they take an advance, to live on much less than their assessed need so that they can repay money they had no option but to ask for.

“The pandemic has exposed just how harsh and nonsensical this is. It has shone a light on the hardship faced by UC claimants – both those who were claiming before the pandemic and those who had to claim because of it - many of whom are forced to struggle to get by on significantly less than what the Government’s own benefit calculations suggest they need.”

Report authors are calling on the government to write off the debts.

Researchers say having these payments hanging over them, as well as having to pay new UC advances, sets people up to fail at a time when they urgently need an adequate level of financial support through the social security system.

Dr Patrick added: “That would take UC a step closer to being fit for purpose and offer some hope to the many families receiving UC who are going into a new year worrying about the new restrictions, school closures and whether they can stay afloat financially.”

The report says the Government suspended some deductions for three months from April 2020 as part of its emergency response to the pandemic. However, deductions for the repayment of UC advances were not part of the suspension and continue to be made as another lockdown begins in England and Scotland.

Researchers say deductions can be taken from benefits for a range of reasons including repayment of a UC advance, budgeting loans, rent arrears, utilities bills and mortgage interest. For UC claimants, deductions are limited to 30 per cent of the UC monthly standard allowance but this still means that £179 (for couples) can be deducted each month.

One participant in the project, Aurora, a mother of two claiming universal credit, says: "It's impossible to cope on what's left over when debt deductions are taken out. It's time to fix this and provide much-needed help to families and their children.”

The report says that for claimants already living below the poverty line, deductions can deepen their poverty significantly.

Official figures show average deductions for the repayment of UC advances is £60 per month– although researchers say this is likely to be larger for families.

The analysis showed that around 80 per cent of UC advances are taken out by claimants to help them cope with the five-week wait for a first UC payment.

The research also shows that 15 per cent of all UC claimants have deductions for a debt other than a UC advance and that these deductions average £140 per month.

Covid Realities is a research project based at the universities of York and Birmingham, working in partnership with Child Poverty Action Group. It works with parents and carers to understand the challenges faced by families living on a low income during the pandemic, and aims to help policymakers make better-informed decisions. The project is funded by the Nuffield Foundation.

The full report is available on the Covid Realities Project