Pregnant women in South East Asia are more likely to use smokeless tobacco than non-pregnant women, despite the added risk of foetal harm during pregnancy. 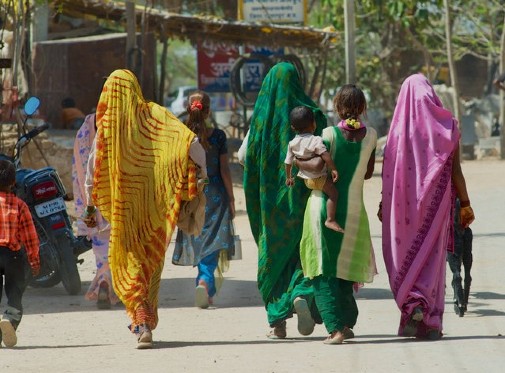 The  study - from the University of York - also  suggests that there is no difference in smoking between pregnant women and non-pregnant women in many lower to middle income countries.(LMICs)

Dr Radha Shukla from the Department of Health Sciences said: “Tobacco use among women of childbearing age, especially when pregnant, is of particular concern because of adverse pregnancy outcomes. This includes not only cigarette smoking but also the use of smokeless tobacco, which is often chewed, snuffed or applied locally in the oral cavity.

“Despite its widespread use in Asia and Africa, smokeless tobacco is not included in most studies reporting tobacco use among women of the reproductive age.”

The findings in LMICs are contrary to high income countries (HICs), where the use of tobacco is relatively low during pregnancy.

The report concluded that although tobacco use among women in LMICs is lower than in higher HICs this may be because LMICs are earlier in the epidemic curve of tobacco use. If ignored as a public health issue and the tobacco industry continues to market its products to women, the level of tobacco use may rise as it did in HICs.

Despite low prevalence rates and with no evidence that these differ among pregnant and non-pregnant women in LMICs, the report says it was concerning as tobacco consumption in any form and amount during pregnancy is associated with poor birth outcomes.

The report says more needs to be done to raise awareness about the harms of tobacco use among women in LMICs, especially during pregnancy.

Dr Radha Shukla  added: “There is a need to develop preventive and cessation interventions to decrease tobacco use (smoking and smokeless) among women who are from low socio-economic status and less educated, as they bear the greatest burden of tobacco use.”

This study was conducted by Dr Radha Shukla, Dr Mona Kanaan and Professor Kamran Siddiqi from the Department of Health Sciences.

The paper, “Tobacco use among 1,310,716 women of reproductive age (15-49 years) in 42 low- and middle-income countries: secondary data analysis from the 2010-2016 Demographic and Health Surveys” is published in the journal, Nicotine and Tobacco Research