Methane emissions can be reduced by up to 45 per cent this decade to help hit targets for managing global warming, according to new research. 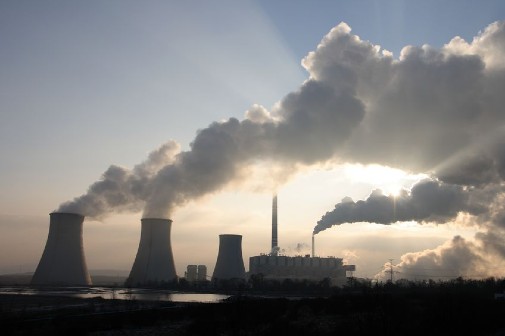 The report – involving researchers from the Stockholm Environment Institute (SEI) at the University of York – says methane must be reduced if global warming is to be kept within the limit laid down in the Paris Climate Agreement deal.

This agreement, signed by 200 countries, aims to keep the global temperature rise to within 1.5C above pre-industrial levels by the end of this century to help manage the effects of climate change.

Methane is produced when living things decompose and is a key ingredient in ground-level ozone  - a pollutant harmful to humans.

The research looks at the climate and air pollution costs and benefits from methane mitigation and says that a 45 per cent reduction would prevent 260,000 premature deaths, 775 000 asthma-related hospital visits, 73 billion hours of lost labour from extreme heat, and 25 million tonnes of crop losses annually.

Report co-author, Dr Johan Kuylenstierna from SEI said:  “It is important to specifically focus on methane mitigation as part of climate action in this decade, leading to further reductions up to 2050. It is a positive sign that more countries are now acknowledging this.

“Slashing methane emissions is the main lever to slow the pace of global warming in the near term because it is relatively short-lived in the atmosphere.”

But the report says the need for action is urgent as human-caused methane emissions are increasing faster than at any time since records began in the 1980s. This is a concern because methane is an extremely powerful greenhouse gas, responsible for about 30 per cent of warming since pre-industrial times.

But unlike CO2 which stays in the atmosphere for hundreds of years, methane starts breaking down quickly, with most of it gone after a decade. This means cutting methane emissions now can rapidly reduce the rate of warming in the near-term.

It concludes that rapid and significant reductions in the greenhouse gas are possible using existing technologies and a very low cost.

Inger Andersen, Executive Director of United Nations Environment Programme said: “The benefits to society, economies, and the environmental are numerous and far outweigh the cost. We need international cooperation to urgently reduce methane emissions as much as possible this decade.”

The  Global Methane Assessment is a collaboration between the Climate and Clean Air Coalition (CCAC) and the United Nations Environment Programme (UNEP), with support from SEI researchers.

The report, “Global methane assessment: benefits and costs of mitigating methane emissions” can be read here