The global response to adapting to climate change is fragmented and incremental undertaken by individuals rather than a comprehensive and coherent effort by communities and institutions, a new study has revealed. 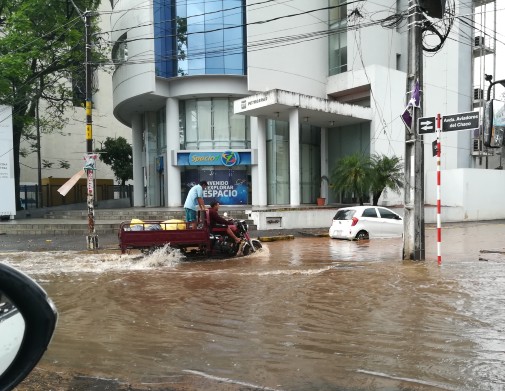 There is little evidence of global widespread preparedness to avoid the severe impacts of climate change, according to the new study involving academics from the University of York.

Researchers focused on the questions: what actions are humans taking to adapt to climate change around the world and how successful are those efforts?

The study -  involving 126 researchers worldwide - was released as world leaders meet at the crucial climate change conference, COP 26 in Glasgow.

Author, Professor Lindsay Stringer from the  Department of Environment and Geography was part of the team that developed the study.

Professor Stringer said: “Even if we stop emitting today, we will still need to adapt, so understanding if we're heading in the right direction or not is really important.

“Ours is the first paper to systematically investigate whether we are on track to adapt sufficiently to climate change.

“Our findings issue a stark warning: they show the adaptations that are recorded in the literature are insufficient to avoid severe impacts from climate change.”

Researchers arrived at their findings by employing a sophisticated methodological approach to take stock of climate change adaptation efforts as documented in the scientific literature from 2013-2020—screening more than 48,000 research articles in the process. They then used systematic literature review methods to synthesize the resulting set of 1,682 articles to identify who, where, and how people are engaging in adaptation.

The study noted that behavioral adjustments by individuals and households are more prevalent than any other type of response, largely motivated by drought and flooding. Local governments and civil society are engaging in risk reduction across all sectors and regions, particularly in response to flooding. Urban technological and infrastructural adaptations to flood risk are prevalent in Europe, while shifts in farming practices dominate reporting from Africa and Asia.

Lead author,  Lea Berrang Ford, Professor and Priestley Research Chair in Climate and Health at University of Leeds’ Priestley International Centre for Climate said: "Our results provide a warning call: we found very little evidence of widespread and rapid preparedness at a scale that we think is likely to be adequate to avoid severe climate impacts."

The paper, “ A systematic global stocktake of evidence on human adaptation to climate change,”  is published in Nature Climate Change.