Activists have been silenced by governments during the pandemic, new report says 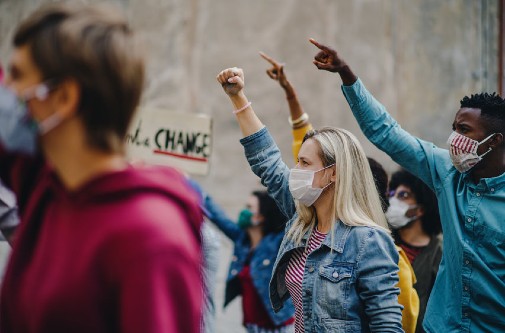 The report calls on the UK government to increase efforts to protect human rights defenders during the pandemic.

The research by the Centre for Applied Human Rights (CAHR) at the University of York and Amnesty International UK  also reveals 94 per cent of human rights defenders interviewed received little support from the UK government in response to attacks.

Of the 82 human rights defenders across seven countries who were interviewed regarding their experiences with the UK government:

The report calls on the UK government to increase efforts to protect human rights defenders during the pandemic.

Professor Paul Gready, Director of the Centre for Applied Human Rights at the University of York said: "COVID-19 has illustrated more than ever that human rights defenders need allies to do their important work. The UK government needs to work in partnership with communities and organisations both in the UK and abroad to support human rights defenders in seeking to create more just democratic and sustainable open societies."

The report also showed that 94 per cent of activists interviewed - including journalists, lawyers, women’s rights defenders and LGBTI+ activists – said they had experienced threats, harassment, abuse or death threats as a result of their work. However, only six per cent said they had received support from the UK in the context of these threats.

In several countries such as Russia and the Philippines, LGBTI+ activists are experiencing systemic and domestic abuse during the pandemic. Many have been left with no choice but to stay at home in non-accepting environments. This is because of people’s livelihoods being severely affected by Covid-19 with job losses, meaning many have had to go back to their hometowns and to stay with their families.

LGBTI+ people have also been blamed for the pandemic increasing the discrimination and stigmatisation of LGBTI+ communities and making the work of LGBTI+ activists ever more challenging.

Kate Allen, Director of Amnesty International UK, said: “Around the world, human rights defenders are holding governments to account for their COVID-19 response plans and shining a light on the impact of this deadly disease.

“But instead of being recognised for their bravery, many have been targeted and are experiencing attacks, reduced protection and draconian repression disguised as emergency responses.

“The UK government has pledged to stand up for human rights defenders around the world. We now need to see words turned into action. The UK’s voice has power. It’s time to use it and to be a world leader.”

The report outlines recommendations for how the UK government can take action to prioritise human rights defenders in its foreign policy work. It calls for a strategic approach which would identify actions that embassies could take to both better support those under attack and also efforts to push back against the global trend towards repression.

Dr Piergiuseppe Parisi, a research associate with the Human Rights Defender Hub at CAHR who has directly contributed to the report, said: “Human rights defenders are active agents of positive change. The UK should make sure that they are recognised as such, that they have the means to carry on with their crucial work and that they have access to rapid response protection mechanisms when they are in danger.”

The report is published by Amnesty International UK and CAHR, in collaboration with the Law Society of England and Wales, Peace Brigades International UK, Bond and other leading NGOs.