I joined the Department of Language and Linguistic Science in 2015 after spending six years at the University of Manchester. I currently work at the interface between grammar and pragmatics, with a particular interest in the linguistic underdeterminacy of various types of noun phrase (e.g. Obama's government, the Obama government and the government of Obama). My PhD thesis dealt with the semantics and pragmatics of attributive possession in English, asking how interlocutors overcome the various problems posed by semantically underspecified but referentially determinate noun phrases in communication.

Aside from my teaching and research, I am very passionate about the topic of social responsibility and making academic knowledge and experience available to the wider public. I believe that the study of language is important in that it is one of the many ways in which we can gain an understanding of human nature.

In my outreach and Widening Participation work, I place a strong emphasis on critical thinking about the things we often take for granted as well as the promotion of non-judgmental attitudes towards linguistic differences in speech communities.

I have planned and conducted workshops, event days and introductory lectures on a broad range of topics, including:

As outreach co-ordinator at York, I have developed, jointly with Tamar Keren-Portnoy and Angela O'Flaherty, the Back to School project, which pairs current students of English Language and Linguistics with their old schools to spread the language bug. Recruiting new EL/L students throughout the year, we run different kinds of events depending on the school's needs and preferences. In 2015/2016, we visited 5 schools across Yorkshire and the Humber to give taster sessions and student life talks. We also ran one on-campus day visit, which was very successful.  For more information, click: Calling all ELL students (PDF 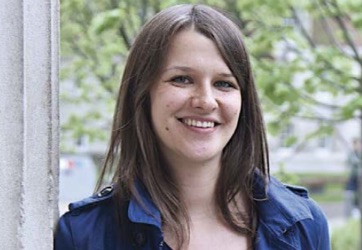