Fundraisers across Yorkshire have been honoured by the University of York who welcomed York Against Cancer into its College of Benefactors. 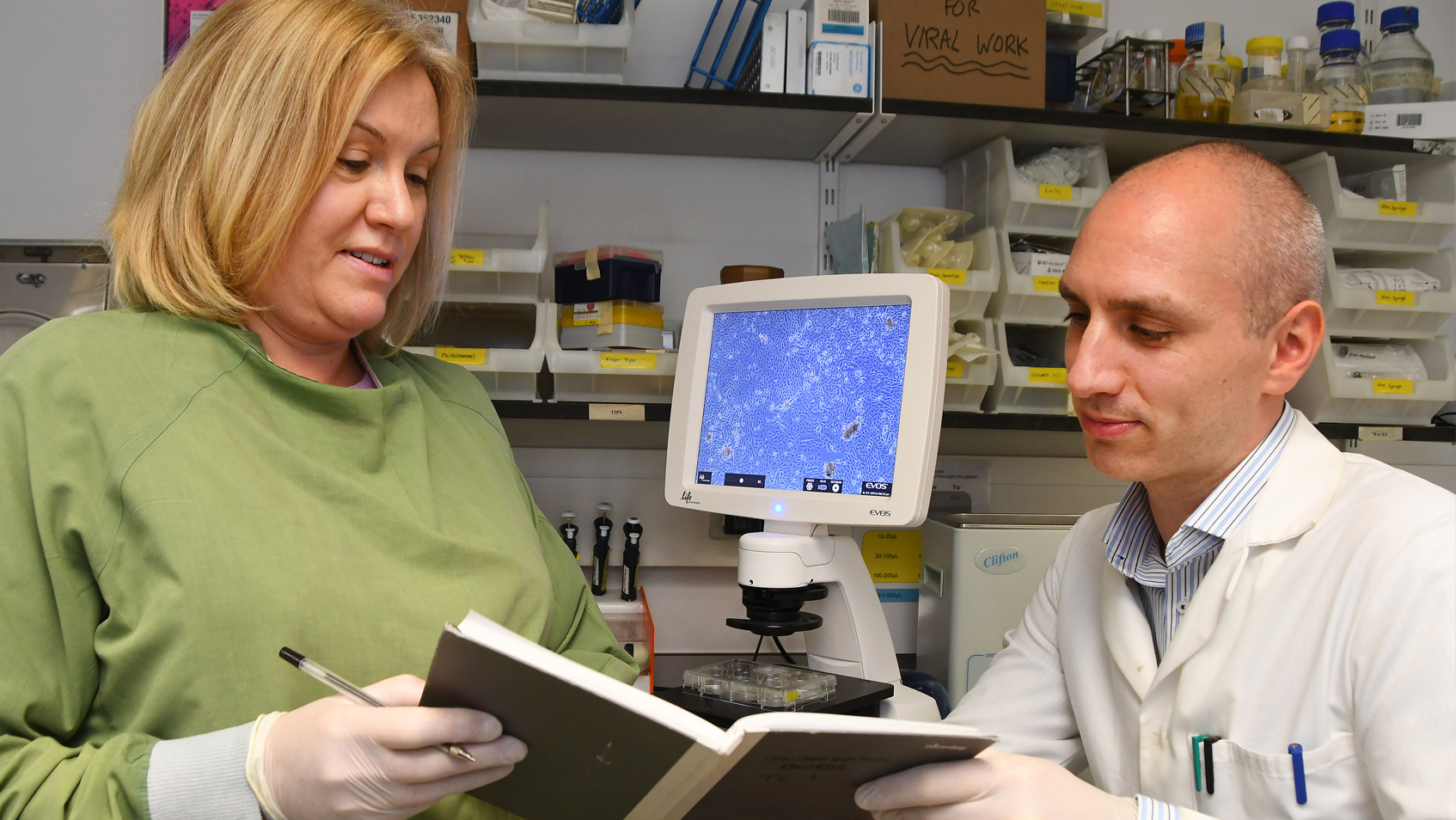 The College of Benefactors is the highest honour that the University bestows upon its supporters and partners in recognition of their philanthropy. It recognises the impact that their generous support has on the University and across the UK.

York Against Cancer is a local charity helping people in York and across North and East Yorkshire affected by cancer. It provides care and support for patients and their families, raises awareness about cancer in schools and the community and has funded cancer research at the University of York’s Jack Birch Unit.  Over the past 30 years, York Against Cancer has supported research into bladder, prostate, gastric and colon cancers.

Thanks to the charity’s generous support, University of York scientists are able to work at the very forefront of research.  Bladder cancer is the 10th most common cancer in the UK, but is little researched and treatment options have not improved over the past two decades. Yorkshire has a high incidence of bladder cancer that may be linked to its industrial heritage and researchers in the Unit are aiming to further understand the reasons for this, and to identify new treatments for this disease.

Professor Jenny Southgate, Director, Jack Birch Unit, Department of Biology, said: “Without the support of thousands of people across Yorkshire and beyond who choose to give to York Against Cancer, we wouldn’t be able to carry on our pioneering cancer research. We are incredibly grateful to everybody who has supported this work over many years.”

Ian Yeowart, Chairman of York Against Cancer, said: “York Against Cancer is delighted to be accorded this prestigious honour. We’re proud to say that we established the Jack Birch Unit at the University of York and we recently renewed our support with a £1.3m funding package to help progress its ground-breaking research.”

Jeff Coulson, who was diagnosed with bladder cancer after finding blood in his urine, sparking a whirlwind eight weeks that saw him undergoing lifesaving – and life-changing – surgery, said: "As someone whose bladder cancer has been successfully treated I am very much aware of the condition and how prevalent it is. I also appreciate the need for continued research into its detection and treatment and I am therefore delighted to learn that the University is recognising York Against Cancer's substantial financial support to the Jack Birch Unit."