After completing his D.Phil at Oxford University in 1985 he moved to Mount Allison University in Canada.  In 1989 he moved to McMaster University, to the position of Associate Professor.  In 1993 he return to the UK to take the Chair in Cognitive Science at Bangor University, remaining there until 2013 when he joined the York department of Psychology.  He has been visiting professor at the Max Plank Institute in Munich (2001) and Melbourne University (1999).

Current research investigates the relationship between perception, action and emotion.

I am a PI in the Social Origins Lab at the University of York.

My research has focussed on a number of issues. Early studies analysed the processes that enable selective action.  That is, how we can act on one object when there are others in the scene evoking competing actions. This work revealed the important role of inhibition mechanisms acting on various forms of representation depending on task demands. More recent studies have investigated the perception of other people’s actions. It appears that when observing another person produce an action our own motor systems are activated as if we are also producing the action. Recent work has investigated the role of attention in these action perception processes, and how they can evoke emotional responses in the observer. 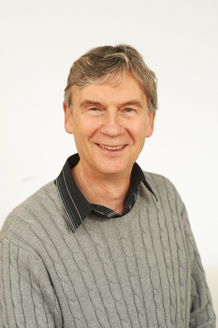