Cynthia has in-depth practical and research experience of offence-related issues, having worked as a probation officer in the community and as a psychologist in prisons, achieving the most senior psychology position in those agencies of Head of Psychology for Prison and Probation Services (HMPPS), England and Wales.  She has combined practical experience with academic expertise moving to the University of York where she set up the Centre for Criminal Justice Economics and Psychology, and the University’s MSc in Applied Forensic Psychology, of which she was the first Director.

Cynthia has worked as a consultant to Yorkshire and Humberside Prison Service Area where she advised on suicide prevention strategies and culture change, and to Durham Tees Valley Probation Trust, where she was responsible for the development of a new behavioural risk assessment model to promote safer evidence-based decision-making on high risk offenders under consideration for release, which contributed to the implementation of the Ministry of Justice Enhanced Behaviour Monitoring Policy, 2015. She received an OBE for her services to Prison Psychology, and is an elected Fellow of the Academy of Experimental Criminology.

Cynthia’s research interests are in understanding criminal behaviour, behavioural assessment of risk of re-offending, developing research-evidence based programmes to change offending behaviour and evaluating effectiveness using randomised controlled methodologies.  She has conducted a large number of evaluations of effectiveness, including: one of the few randomized controlled trials conducted in HM Prison Service evaluating the effectiveness of a national offending behaviour programme;  and a randomized evaluation of an evidence-based probation supervision programme in a  community Probation Trust area.  She has worked in collaboration with the Law Faculty of the University of Reims advising on evaluating French probation practice.   More recently, in collaboration with members of the York Trials Unit (YTU) she conducted an independent evaluation of the Economic, Social and Psychological Impact of Prisoner Self-Service Technology on prisoner behavior, and their subsequent proven re-offending. The results demonstrated improved behaviour in prison and after release.  She was later invited by HMPPS Director of Digital and Change to conduct an evaluation of the technology  in a ‘proof of concept’ prison with a view to roll-out across all  HM public sector prisons.  This research has been included as one of the Psychology Department’s Impact Case Studies in the 2021 REF.

Cynthia has presented at numerous conferences and government committees, including a Parliamentary Justice Reinvestment Committee on the economic management of offenders, and a Justice Select Committee on Crime Reduction Policies; and has many publications in international journals.

Cynthia is a member of the Campbell Collaboration Crime and Justice Group (CCCJ), whose principal aim is to produce rigorous systematic reviews of high quality evaluations to create an accessible source of research evidence as a basis for policy development and practice.  One of her systematic reviews on the costs and benefits of sentencing is published in the Campbell Collaboration library, and was later presented, with a CCCJ team, to selected members of the US Senate .  She has a strong interest in rigorous research that links academic theory with practice, and in finding solutions which make a real impact on the application of research to real-life criminal justice problems. 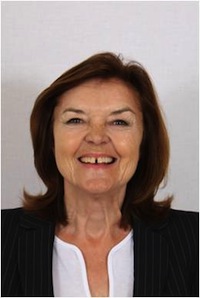