Read Experimental Psychology at Cambridge, and then studied for a Ph.D. in psycholinguistics at Birkbeck College, London. Continued postdoctoral research on language at Birkbeck, before joining the scientific staff at the MRC Cognition and Brain Sciences Unit in Cambridge. Moved to the Psychology Department in York in 1999. Current research interests focus on the intersection between psycholinguistics, sleep and memory consolidation. For example, I am interested in how we learn, retain, consolidate and or forget words.

I have two overlapping areas of research: psycholinguistics and sleep/memory research.

On the psycholinguistic side, recent research has looked at the representations and processes involved in the perception of spoken words. One important question in this domain addresses how listeners cope with the wide range of variation in the surface form of speech. I have been exploring the perceptual effects of a common source of these changes, phonological variation, which can neutralise phonemic distinctions in connected speech.

Another strand of research has examined issues of activation and competition between lexical candidates during the course of a word's perception. This research has led to the development of a connectionist model of speech perception based on the distributed representation of various types of lexical knowledge.

My interest in sleep and memory began when working on the factors involved in the development of lexical representations. The basic question here is how does a new word enter the mental lexicon and join in the competitive process of spoken word recognition. It seems that this lexicalisation process is associated with sleep.

I am Head of the Sleep, Language and Memory Laboratory in the Department, which gained new purpose-built facilities in January 2017. Here we can monitor sleep using polysomnography and correlate these recordings with behavioural changes in memory performance. A current interest relates to individual differences in the timecourse and process of consolidation of language.

I am happy to take on PhD students in the following areas:

Questions that current PhD students are addressing include:

Potential PhD applicants can contact me to discuss these and other possibilities.

See my Google Scholar page for a more comprehensive list of downloadable papers. 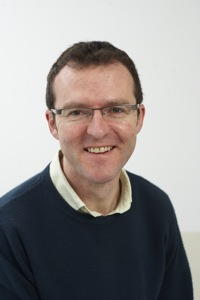