Jean was appointed Professor of Development Politics in 2016. Previously, she was Professor of Global Politics at the Open University, Professor of International Development and Head of Department in the Department of Geography, University of Sheffield, Director of the Sheffield Institute for International Development and Professor of Politics in the Department of Politics, University of Sheffield. She completed her undergraduate and postgraduate studies at the University of Liverpool, holds a PhD in Latin American politics and completed her post-doctoral studies at the Universidad Complutense de Madrid, with the support of the Leverhulme Trust. She has held visiting appointments at a number of European and Latin American universities and is a Fellow of the Royal Society of Arts and the Academy of Social Sciences. Jean’s chief research interests cross two broad and over-lapping fields: the political economy of development and the politics of citizenship, human rights and democratization. Her research draws mainly on Latin America, although she has also carried out fieldwork in Europe and the UK and is keenly interested in cross regional comparison.

Jean leads York’s International Development Network, which was set up in 2016.

Her current research projects include:

Her research has been funded by the ESRC, the EU, the World Universities Network, the British Council, the Leverhulme Trust and the Nuffield Foundation.

Jean has supervised 13 PhDs to completion and examined more than 25, nationally and internationally. She is keen to attract good PhD students working broadly in the areas of international development, human rights, the politics of Agenda 2030 and political economy.

In all her teaching, Jean aims to encourage students to think independently and critically and to be open to different theoretical perspectives. She is keen that students question the universality and relevance of their own experiences. Given that much of her teaching is in the area of international development, she wants to encourage students to learn how to understand social and political environments that may be quite different from their own and to question received wisdoms about the global order. She also encourages students to appreciate the value of practical engagement empirical and grounded scholarship. She tries to make her teaching relevant to contemporary, real-world issues and often draw examples from Latin America in particular, where she has conducted most of her research.

For 2016-2017, Jean is teaching on the undergraduate module Politics of Development and the MA module International Organizations.

Jean is currently a member of ESRC Grants Assessment Panel C and was previously a member of the NORFACE Expert Group on Transformations to Sustainability. Whilst at Sheffield, she led ID100 a collaborative, participatory initiative to identify the 100 top research questions for international development, bringing together stakeholders, policy makers and academics. 700 stakeholders participated, including UN organizations  – for further information, see http://id100.group.shef.ac.uk and https://www.youtube.com/watch?v=HQdMRFAaeVU&feature=youtube. She has worked closely with UNICEF and UNRISD on the rights of vulnerable children and young people and acted as lead consultant for UNRISD on the project Mobilising Revenues from Extractive Industries: Promoting and Protecting Children’s Rights and Well-Being in Resource-Rich Countries in 2015. She has also acted as an independent expert witness of nationalization of natural resources in Latin America, evaluated European Commission politics on children’s rights and acted as an advisor to the European Commission on aid. She is a trustee of the charity Hope and Homes for Children which seeks to end the institutionalization of children was previously trustee of Childhope UK. 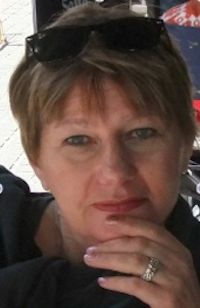