A guide to help Universal Credit claimants has been launched - just as furlough ends and as thousands more people are expected to claim. 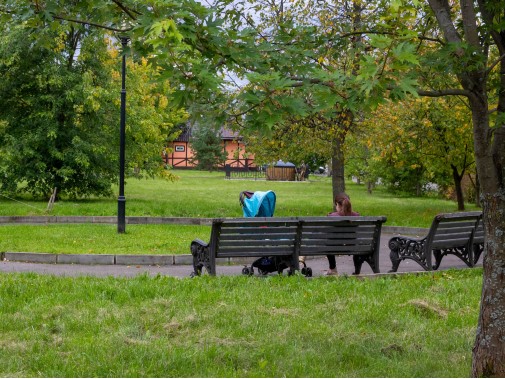 Researchers from the University of York and Ulster University have worked closely with a group of people to produce the first claimant-led Guide to Universal Credit.

The online guide contains essential information about Universal Credit and highlights problems participants involved in the project encountered and how to avoid them.

Dr Ruth Patrick from the Department of Social Policy and Social Work at the University of York, said: “As furlough ends, there will inevitably be a rising number of people applying to Universal Credit, some for the first time. This looks set to coincide with the £20 cut to universal credit, against a context of rising energy and food prices,  making for a difficult winter for many.

“This new guide to Universal Credit is the first in the UK to have been developed by claimants themselves, working as part of the pioneering Northern Ireland based group, UC:Us.

“Our hope for the guide is that it will help people apply for the social security support to which they are entitled, with key lessons from people with direct experiences of Universal Credit.”

The idea for the guide came from a participatory research project looking at the experiences of Universal Credit in Northern Ireland led by Dr Patrick and Mark Simpson from Ulster University.

Through the project, UC: Us was established, a group of universal credit claimants living in Northern Ireland. Working closely with researchers, the group met up in a series of workshops to share their experiences of the new benefit, and to develop recommendations for change.

One key finding from the research project was that participants found Universal Credit confusing and did not know where they could find accessible information that answered their questions about application and claim management.

Former teacher and single parent, Deirdre from Belfast found herself unemployed with her two children to care for. During the switch to Universal credit Deirdre was left for nine weeks without any support and was consequently pushed into debt.

Deirdre said: “Before going on benefits I was a social butterfly, the world was my oyster, but life experience and personal situation catapulted me onto Universal credit as I struggled to support my two kids as a single parent. It wasn’t a life choice, it wasn’t a decision I wanted to make and it was a very stressful time.

“Being involved in the UC:Us project helped me realise that there are other people out there in the same situation and that I am in a position to help. If I had known what I know now about Universal Credit I doubt I would have the mental health issues and anxiety and stress that I have now. This guide is basically the bible for Universal Credit. It is the go-to, and I don’t want anyone else to experience what I went through and instead have everything at the flip of a fingertip.”

Mark Simpson from Ulster University added: “Universal credit is an essential source of support to people who are unable to work for a period, or who are in low paid work. It can only play this role if people know how to start their claim and show they continue to meet the requirements.

“Our research with UC:Us has shown how people can struggle to find the basic information they need in an accessible format and often don’t know where to get expert advice when they have a problem. The guide is UC:Us members’ way of helping others avoid problems they have experienced. Social security is a right and we are determined that lack of knowledge should not stop people benefiting from it.”

The work on the guide has been funded by the Economic and Social Research Council. The underpinning research was funded by the Joseph Rowntree Foundation.

The idea for the guide came from a participatory research project looking at the experiences of Universal Credit in Northern Ireland led by Dr Ruth Patrick from the University of York and Mark Simpson from Ulster University.

One key finding from the research project was that participants found Universal Credit confusing and did not know where they could find accessible information that answered their questions about application and claim management.